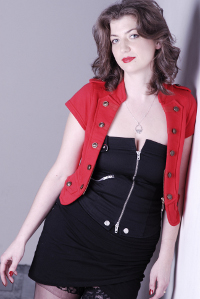 Hello!! I’m Kay Jaybee, and even after 12 years of writing erotica, I’m still in a state of shock that I make a living committing smutty situations to paper! It really is the best job in the world!

I should really be sat in a dusty university library translating Medieval Latin criminal records, and writing research documents for hardly anyone to ever read! However, one day back in 2005, an idea came to me for a story that was so saucy, that I had no option but to write it down. I have never looked back!

Over the years I have lived and worked in Scotland, Wales, and all over England, and am currently tucked up in the South West of England, bringing up my family with one hand, and writing with the other! (Oh- and doing my day job as well!!)

So far I have written over 150 short stories, and had 17 solo publications unleashed upon the world...enjoy!! 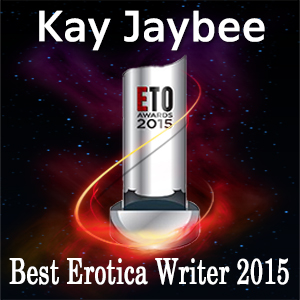 Kay Jaybee was named Best Erotica Writer of 2015 by the ETO
Kay was also nominated as the Best Erotica Writer in 2013, 2014 and 2016.
Kay was awarded an Honouree Mention at the 2015 National Leather Association Awards "Pauline Reage Novel Category" for her novel “Knowing Her Place”


You can find details of Kay’s work at www.kayjaybee.me.uk
You can follow Kay on Twitter- kay_jaybee
And on Facebook- http://www.facebook.com/KayJaybeeAuthor
On Goodreads- http://www.goodreads.com/user/show/3541958-kay-jaybee
Pinterest- http://pinterest.com/kjberotica/
(Kay also writes contemporary non-erotic romance as Jenny Kane)