Making Him Wait: Erotica on a canvas of bondage and discipline

It's Kay Jaybee here! I'm delighted to be popping by the Brit Babes blog to help celebrate the re-release of one of my favourite novels. 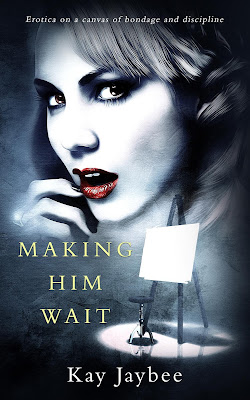 My art inspired BDSM-romance novel is back!


Re-released by the brilliant Sinful Press, Making Him Wait, is every bit as hot the second time around.


“Erotica on a canvas of bondage and discipline.”


Combining a multitude of popular fantasies, lots of paint brushes, sculpting, and an avalanche of sex-text messages, Making Wait Him, was immense fun to write.


Maddie sets out to test his resolve as she teases, torments and toys with him. However, as Maddie drives Theo to breaking point, she soon becomes unsure whether her own resolve will hold out.


At the same time, Maddie must put on the exhibition of a lifetime. As the hottest gallery in town clamours for her best work, Maddie pushes her models harder and higher until they are physically, sexually and emotionally exhausted.


Will Maddie's models continue to submit to her, or will she push them too far? And will she be ready for the exhibition in time? The only way to find out is to wait and see...and the waiting only makes it sweeter! 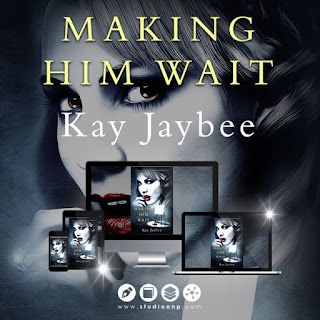 I thought you might like to read a little taster from Maddie’s life.  It’s always difficult knowing which bit of a book to share- I don’t want to give too much away and so spoilt the book after all!  So the extract I have chosen comes from the very beginning of the when Maddie is training Freya, her newest life model...


Freya rocked a little on her bare feet as Maddie touched her lightly freckled cheek. “No need to look so worried, honey. You are doing brilliantly. It’s a difficult pose to hold for so long.”


“Thank you.” Blushing an endearing shade of pink, Freya lowered the hands she’d nervously clenched before her, giving her employer another chance to see the neat triangle of her semi-shaved pussy.


Maddie, her jeans and t-shirt smeared and spattered with all the mediums of her trade, did not feel the need to mention to Freya that her own knickers were sodden, nor that beneath her holster bra, her nipples were rock hard.


Smiling to herself, Maddie continued to disregard her phone and considered the exquisite outline of her companion’s porcelain frame. Most people came to Maddie to be drawn or painted, sometimes as a commission for a lover, husband or wife. Some, however, like Freya, came to the studio as a way of improving their self-confidence. Despite her generally shy demeanour, Freya had proved to be very good at posing as Maddie required and the artist had offered her an occasional job as a life model.


Money being either plentiful or non-existent, depending on the current success of her commissions and sales, Maddie had been forced to develop an alternative form of payment for her models – a reward system for good work. Maddie could tell from the rise and fall of Freya’s chest and the glistening damp skin at the top of her thighs, that she was more than ready to be paid for today’s session.


Closing in on her model, Maddie simultaneously cupped Freya’s slick pussy and left breast with her charcoal-blackened hands, causing an involuntary shiver to ripple through the younger woman’s body.


“Your progress really is outstanding, honey. Few of my models can stay as motionless as you can.” Congratulating Freya on her skill, Maddie left two dark palm prints on the girl’s tits and tapped at the inside of her legs. “Open up. I think you have deserved a treat after all your hard work.”


Gliding her palm over Freya’s mound, Maddie slipped a gentle finger into the slippery canal of the model’s frantically clutching sex, enjoying the murmured mew of contentment that escaped from her lipstick-free mouth.


Pumping gently, the artist brought Freya close to orgasm with steady increases and decreases of pressure – her own mind straying to her mobile. Maddie wondered where Theo was and what he was doing. She knew what he was thinking about. She always knew that. Theo thought about her... 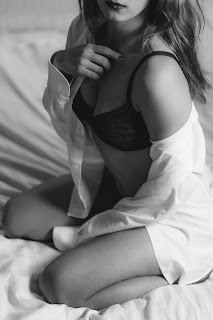 If you would like to buy Making Him Wait, it is available as a paperback or e-book from all good retailers, including- 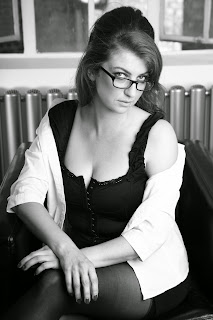 
Details of Kay’s work, past, present and future can be found at www.kayjaybee.me.uk