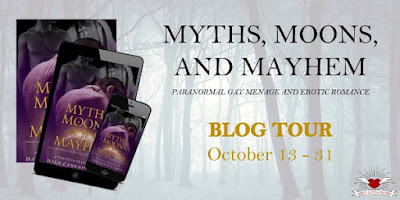 Gods, Goddesses, and mythology have always been a central focus in my writing. I love reimagining the myths of old, or working ancient Deities into the modern world. Only recently have I turned my attention to writing romance, but I quickly discovered that it was quite easy to mesh these two interests.

As such, when the call for submissions for Myths, Moons, and Mayhem appeared, I knew that I wanted to write something featuring an ancient Deity and a modern devotee of that Deity (who would, of course, also have awesome magical abilities). The question was: which God or Goddess? A well-known Deity, like Zeus (who would require less backstory for the reader); or a lesser-known Deity (thus introducing the reader to something new)? And which mythology should I use as the basis of the story? Etruscan or Lithuanian or Zoroastrian or Aztec or …? There were so many possible choices! 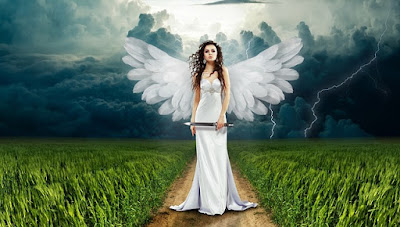 Maybe a fantastical tale about a first century warrior from central Africa who tracks an enemy to Rome, where he meets the loves of his life? Or a Finnish spiritworker who teams up with a secret Allied military force to stop the Nazi’s occult plans, and falls in love with two of the soldiers? Or maybe FEMA agents sent to New Orleans after Katrina to take care of an infestation of hungry ghosts, and who discover that they have more in common than they thought?

Ultimately, I settled on “The Secret of the Golden Cup,” a story set in the modern world, but with a mythology based on ancient Crete and its many Goddesses. It gave me the opportunity to explore one of my favorite ancient cultures (seriously, the art is gorgeous) and imagine what would happen if a thoroughly modern man discovered that everything he thought he knew about mythology and magic was completely wrong. It was a blast to write, and I hope to revisit those characters again some day.

Rebecca Buchanan is the editor of the Pagan literary ezine, Eternal Haunted Summer. She has been published in a wide variety of venues, and has released two collections with Asphodel Press: A Witch Among Wolves, And Other Pagan Tales and The Serpent in the Throat, And Other Pagan Tales. She loves to spin stories about gods and goddesses and heroes doing heroic things. If she can't be a writer in her next life, she would like to reincarnate as a library cat.

In her story “The Secret of the Golden Cup” for Myths, Moons, and Mayhem, a classics professor is on the cusp of translating an ancient artifact when he finds himself at the center of a magical war. With an unfairly attractive student and a campus janitor as his only allies, can he stave off the forces of evil? 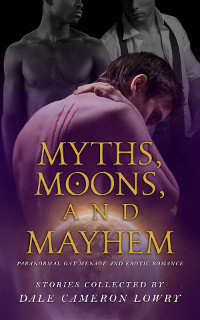 About Myths, Moons, and Mayhem

Myths, moons, and mayhem make the perfect threesome—and so do the men in this anthology.

Editor Dale Cameron Lowry brings you tales by favorite authors such as Rob Rosen and Clare London, as well as by newcomers to the genre. The paranormal lust and polymythic beings of Myths, Moons & Mayhem will spark your fantasies and fuel your bonfires. 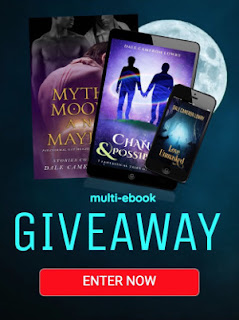 Dale Cameron Lowry’s number one goal in life is getting the cat to stop eating dish towels; number two is to write things that bring people joy. Dale is the author of Falling Hard: Stories of Men in Love and a contributor to more than a dozen anthologies. Find out more at dalecameronlowry.com. You can also find Dale on Facebook and Twitter.
Posted by Lucy Felthouse at 12:58 2 comments:

Where the hell have you been woman?

It's wonderful to be blogging here again after such a long break from the world of erotica.

So, where the hell have I been?

Well, I haven't evaporated into the ether, I haven't been spirited off to some alien world, nor have I been indulging in months of sexual deviancy in the name of research (sadly).

My break from erotica came not long after the release of my, thankfully popular, novella, Wednesday on Thursday, back in January. 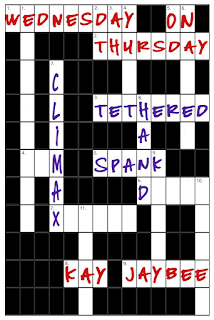 It came about for a number of reason- the first of which was that I hadn't had a single week without writing erotica in just over twelve years, and I was suddenly, with no warning, very tired. The sexy stuff just didn't work for me anymore. I was porn-ed out. I was turning on Facebook and thinking, "If I see one more naked person..." Not good for an erotica writer. It is very difficult to write sexy if you don't feel sexy- and I didn't- not even a tiny bit.

Disillusionment had also started to set in. The quality of writing in erotica was still in recovery after the massive dip in standards caused by the success of Fifty Shades, and I just didn't have the will to keep fighting to be noticed in the sea of poor copycat fiction, repetitive fiction, and tacky book covers.

Having said all that- I knew I didn't want to leave this wonderfully wacky, friendly, slightly eccentric world of sexy thinking and interesting wordage. I love it- I 100% love it. And how could I leave the Brit Babe's behind me? Impossible!

So, without even realising I'd done so at first, I made the decision to take some time out. 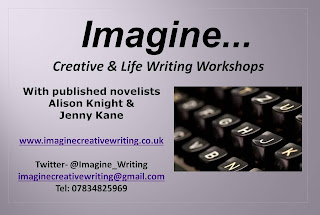 There have been many changes in my writing life over the last few months. The biggest change is that I have taken the rights of nearly all of my erotica back from my various publishers, and have embarked on a mass re-editing and re-publishing enterprise. So although there isn't much Kay Jaybee work available at the moment, there will be again very soon...you should just see my new book covers...

For more Kay Jaybee book news watch this space, or take a peep at my blog www.kayjaybee.me.uk

Thank you for dropping by today - I've missed you!
Happy reading,
Kay xx