I’ve been thinking about filters lately, going through one of my periodic stages of resenting smart 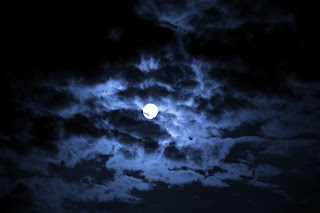 phones, social networking and all things techno. That may well be in part because I’ve only ever managed to master what it takes to survive in that online world. I’m a klutz on my best days. But sometimes I’m an angry luddite wannabe, who grumbles incessantly while I bury my nose in my kindle to lose myself in a good book … Oh the neuroses of my life!

When I’m lost in the world of navel gazing and trying to connect to what matters without losing myself in the detritus and the trivia of a world online, I often find myself thinking about the filters we live our lives through, and what being once removed from everything, while at the same time up close and personal with the whole world and all the information in it means to us as a civilization – to me as an individual.

I can go online and hear the background microwaves that are the remnants of the Big Bang, the beginning of the universe. I have done, have listened over and over with goose bumps crawling up my arms.

I can go to FaceBook or Twitter and have meaningful conversations with friends all over the world, people I’ve never met physically and yet I’ve connected with  and feel somehow a kin to.

I can keep up on films and stars and gossip, I can join any group, be a fan girl, talk trash, be a part of any organisation with any cause imaginable – political, religious, medical, physical, magical, practical, any hobby, any sport, any obsession. It’s all there. All I have to do is log on. Easy.

When we were in Dubrovnik over Christmas a couple of years, we found ourselves in a random café for lunch one day. The cafes that were open in the dead of winter were happy for customers, and when we arrived, we were the only ones there. About halfway through the meal a young man came in, eyes glued to his smart phone. He asked us if we’d read the reviews for this particular café. We said no, we’d just dropped in. The food was lovely. We had a local beer, local specialties, and the owners of the restaurant were friendly, and patient with us as we practiced our rusty Croatian on them. Meanwhile the man ordered without looking at the waitress, ate without looking at the food, all the time lost in communion with his phone. We left him that way.

Back out on the streets, after a wonderful walk in the sunshine around the medieval city wall, we stopped for coffee and once again were astounded by the number of tourists gripped by their phones even as they walked, obliviously, down the main street of the Jewel of the Adriatic, the sea the colour of sapphire and the sky a shade darker still, contrasting with the red tile roofs.

Not long ago we went out for lunch and observed three very lovely young women who came in and sat down at a near-by table, again completely caught up in whatever was happening on their phones. They barely spoke to each other during the course of their meal and never put their devices down.

I recently received an email from a friend of mine in the States, and I was saddened when the rather extensive epistle was all about what series she was binge-watching. I know for a fact this woman used to be a librarian. We used to spend our time talking about books.

All of these events, and lots of others leave me slightly queasy, even as I sit here writing this blog post, hoping that a lot of people will go online and read it. It’s the filters that leave me feeling this way. They leave me wondering about our connection with the real world, about MY connections with the real world. I wonder if we’re now more connected, and I just don’t ‘get it’, or are we less connected because we’re joined at the hip to our devices. I’m guessing it’s probably a combination of the two.

The world I live in is totally dominated by the technology my profession depends upon. The first thing I do in the morning is get up my laptop and see what I missed over night. I do what I need to do for PR on twitter and facebook, I see what I need to do for the rest of the day, and some days that involves a good deal of being online and interacting with social media. Don’t get me wrong, I’m very happy that I have some control over the promotion and sales of my books, no matter how little that may be. The feel that I’m at least doing something is worth a lot, even if it is at times only the placebo affect. In a time when publishing is entering the strange new world of self-pub, when the gatekeepers are no longer the guardians of all things literary, when the gates are quite literally wide open, I see how important it is to be present online. But I fear very much that being present online often costs me the simple pleasure of just being present.

I remember one night several years ago, I went into the darkened kitchen and discovered something truly amazing. Through the kitchen window, I had the most exquisite view of the thinnest sliver of a new moon in conjunction with brilliant Venus, and for a few minutes there was the added pleasure of red Mars just about to sink below the rooftops of the neighboring houses. I was stunned. I couldn’t take my eyes off what I saw. I reached for the binoculars for a closer look

The moon was illuminated with earthshine and, through the binoculars, the darkened areas were visible with the brilliance of the sunlit crescent making the whole look almost dark purple, huge and 3D. As I tried to focus on the bright smudge of Venus, my heart beat kept jarring the binoculars, so I couldn’t resolve the phase, but I’m sure it was as close to full as Venus ever gets.

Venus is always in phase. How amazing is that! We never see the full face of Venus because it’s in between us and the sun, and it’s only full when it’s on the far side of the sun from us – something that’s only true with the inner two planets. Mars dipped quickly and was gone, but I stood for ages, trying to hold my breath and brace my elbows so I could look. But no matter how hard I tried, Venus constantly quivered through the binoculars with the steady beat, beat, beat of my pulse. I shifted back and forth between the shiver of Venus and the pock marked darkened surface of the moon with its crescent of brilliance at the bottom edge. When my arms got tired of holding the binoculars, still I stood.

I couldn’t, of course. I had work to do. Later, it occurred to me that even that incredible few minutes of focus were filtered, brought closer through the lens of my binoculars. We’ve been filtering our world for probably as long as we’ve walked upright. Perhaps we can only be safe in – and from our 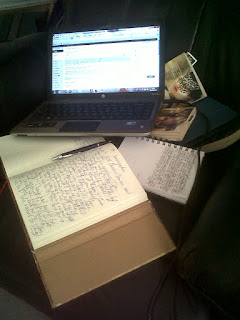 little slice of the universe when we filter it, analyze it, look at it through eyes – and heart -- well protected.

The next morning, online, there were more images of Venus and the New Moon in conjunction than I had time to look at. I was far from the only one bringing that moment into myself through filters that helped make sense of it, helped make it personal and, clearly, I was far from the only person needing to share it. Somehow that makes the world community seem just a little bit smaller, just a little bit closer. Somehow that makes the filtering of my universe and all the contradictions that involves set just a little bit easier in my mind. That and the knowing at least for a little while that earthshine, that sliver of moonlight, that conjunction with bright Venus was mine. All mine.
Posted by K D Grace at 07:30