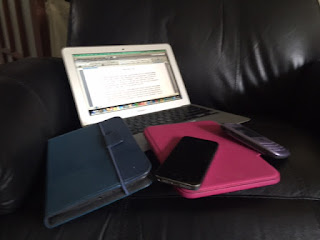 Though having said that, even I sometimes force my way through the author’s jerk-off session because I’m a bit of a voyeur, and I can’t help but wonder as I look on – embarrassed for them, yet somehow still intrigued, if I’m maybe practicing some of the same self-indulgent feel-good techniques.

So when is a novel a wank session instead of foreplay that leads to serious lovemaking with the reader? Well, one sure sign for me is when absolutely everyone is madly in love with the totally perfect, completely awesome, hero or heroine from whose point of view the story is told and who is always more than happy to share with the reader just how hot and perfect they are.

Another dead giveaway to an authorial hand-job is when the hero or heroine has absolutely no personality at all and yet everyone STILL is madly in love with him/her. Take out name of character and insert name of author. You got it -- fictional diddling for the author’s benefit.

Perhaps the opposite side of the same wank is when the writer talks above the reader using jargon and words that the average person would never use in conversation. I’ve certainly never been impressed with someone trying to convince me they’re more intelligent that I am. They might be, and that’s fine, but it’s not what I want to see in the fiction I’m reading. Such fictional self-love is off-putting to readers.

A similar technique for fictional flicking the bean is the never-ending, angsting, hand wringing navel-gaze. These usually happen when the heroine or hero tries to figure out just exactly what the love interest meant by that look, that touch, that kiss, that slap on the arse, that sideways glance at another woman. Gasp! Way too often these little inner wanderings bore readers and pull them out of the story while the self-indulgent writer plays with him/herself. 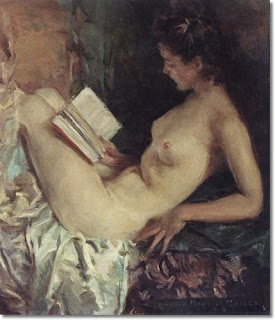 that, as a writer of fiction, I’m good at fictional foreplay, I’m good at heating my readers up, keeping them hot, bothered and needing until I can get them off with the HEA they’ve been panting for and have so richly earned by the time they get to the final page. I think that should be every fiction writer’s goal -- lots of hot, juicy, teasing, tantalizing foreplay followed by a mind-blowing word-gasm – the money shot so to speak.

That means that the hero or heroine is unselfconscious, and their lives exist with all scars, flaws and foibles intact; that means that through their lives and behaviours the reader will come to love them anyway, even if she doesn’t like them much at times. In good fictional foreplay, the characters and the plot are integral, and they feed on each other; they’re not a construct to get the writer off, but a unit that works as enticing, delicious, demanding foreplay leading to the HEA-gasm that’s well worth the build-up.