Victoria Blisse here, I was lucky enough to meet with Andrew and Pixie of Kink Craft last year, they're brilliant. I even got to make a flogger when they came to Smut Manchester 2015 and wrote all about their make your own flogger kit over on my blog. So here they are on the Brit Babes blog to tell you a bit about what they do - enjoy!

We don’t usually get asked to write for anyone. In fact we are usually doing the asking of others to write for us. When we were approached to do a guest blog for the fantastic Brit Babes there was a moment of ‘how the hell do we make our writing live up to their amazing standard’.

The answer: We don’t. Instead we do it the way we do everything at Kink Craft. We take a look at what’s being asked, take a deep breath, then we do it our way to the best of our ability. You might like it you might not, either way we will be proud to have it out in the world.

How did Kink Craft start?
Kink Craft like many ideas/business started from a conversation. In our case it was pixie discussing how drained she felt after a year where every spare moment was filled with study and how much she was missing her more creative side. Andrew being the ‘I have a solution to that’ type decided this was a great moment to voice an idea he’d been thinking about for a long time. Cue worried look on pixie’s face.

What Andrew had been thinking about, and looking at, was some of the toys out there and thinking “I know how that goes together” or “I wonder how they make that”. That lead to thoughts of why just sell these things for people? Why not teach them how to make it for themselves, they would love that. He knew he would. People wouldn’t just get a new skill but they would be able to make just what they want. Custom toys would stop being something only a few could afford. The toys someone owned could take a new, much more personal meaning. That idea swirled around for a while but eventually became Kink Craft.

Have you always been into crafting?
That depends on your definition of crafting. Andrew is not at all crafty in the traditional sense. You will often hear pixie telling him ‘tighter, tighter, it’s got to be tighter’…
when making the paracord cuffs! Pixie on the other hand has been crafting in one form or another her whole life. Even at an early age her crafting was not always considered ‘normal’. A pottery class where everyone made pretty bowls and cutesy owls, pixie made a coiled king cobra snake, fangs beared, about to strike. Creativity means you don’t have to follow the norm.

When did you first start making Kinky crafts?
Is Macrame considered kinky? If so pixie started as a child! Our dedicated kinky crafting idea became a reality about a year ago. We had spent some time talking about it and decided that there was never going to be a great time so why not just start. 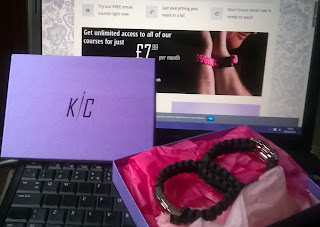 What’s your favourite Kink Craft toy?
For pixie there are no favourites as she has designed most of them as well as made them so they are all special to her. If you line up all the toys we currently have, Andrew will go straight to the snake whip. Flicking it at targets and cracking it to make Pixie jump makes him smile. In fact you will often hear comments in the office like ‘Will you please put that whip down and come talk to me about nipple clamps!’ lol

How has the last year been for Kink Craft
It has been a crazy/amazing year for us. From work starting on our first design in February 2015 to being at two major UK exhibitions, being in the news and on radio, it has taken off in a way we didn’t expect it would. It has been an incredible amount of fun, and hard work. We love it.

We have been very fortunate in the last year to have some incredible friends supporting us with their time and energy, testing products or helping out at events and workshops. It’s great when you can put your friend in a pair of cuffs and have them laughing when you say ‘ok try and get out of them you have 1 minute’ Houdini eat your heart out! 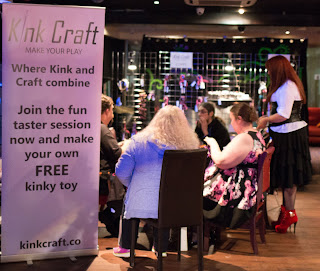 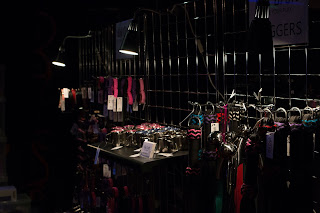 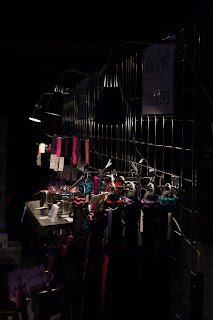 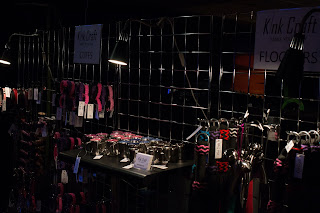 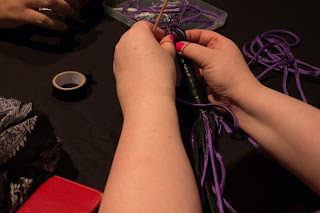 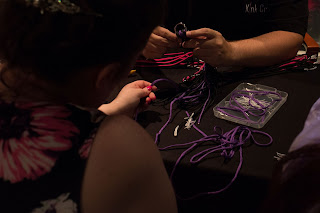 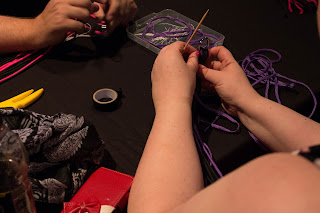 What's new/coming soon at Kink Craft?
At the moment we are working on a couple of new ideas:

Floggers people can craft themselves with amazing real wood handles, and beautiful leather. It’s an idea we have been working on for about 6 months and it is so close to being ready. You would not believe how hard it is to get all the parts for something like that. But we have found amazing suppliers who can get us the best leather and make the most beautiful hand turned handles. We are really excited about them as they will be as good as, or better than, the best toys out there. We are so pleased with them.

Parties people can have in their own homes. Think of something along the lines of an Anne Summers party only a lot more fun. We want to bring the fun of making our toys into your own home. Have a small group of friends make their kinky toy right there with one of our team. Everyone has such a blast making the toys, making them in a group with their friends is even more fun. We love the smiles, we live for that.

There is a lot more planned for this year and Andrew can’t wait to talk about it. But Pixie will kill him if he spills the beans. Some of the ideas are a little out there and might not happen yet, others are our twist on classic toys.

One of the problems running any kind of business is wanting to do all the ideas you have. Andrew has so many all the time (not all of them great) it is hard to know what to do next. Fortunately he has a Pixie about to keep his feet on the ground. Although she too has started picking up this trait and presenting her ideas as well. But it is Andrew who has the big ambitions and pixie who organises and makes sure they get executed. It’s all about teamwork!

Where can people find out more about you/buy your products?
You can of course go to the website (http://kinkcraft.co) but we are always happy to chat on Twitter (http://twitter.com/KinkCraft), or on Facebook (http://facebook.com/MyKinkCraft). Andrew usually looks after the social media and pixie contributes when something drags her away from the paracord, suede, leather and latex surrounding her.

It is still early in the year but we want to get to more shows as well, so you are always welcome to come and say hello. We are going to be at Sexhibition again this year, and at the Smut Manchester event (Even if Victoria has asked us to offer a new workshop which is causing Andrew no end of headaches LOL).
Posted by Victoria Blisse at 12:39