I barely know where to start. There were so many ideas coming into my mind for this story. Let's start with the original plan for a group of authors to write mail order bride stories. The old west was famous for mail order brides but didn't invent the idea. I learned last October when we were in Quebec that the French Canadians were ahead of the US. While not the first women to travel to "New France," the filles du roi - daughters of the king - were the approximately 800 young women to immigrate to Canada in the late 17th Century. King Louis XIV sponsored the program, hence they were called filles du roi. But I digress to another fascinating story plot.

Back to my plot. Women were desperately wanted and needed in the old west. Only the bravest and most intrepid of women responded to ads in eastern newspapers to leave their sometimes comfortable, sometimes desolate lives to enter into the unknown. Novels have romanticized the theme of adventure this entails.

As a writer, you let your mind wander to find the most unique story possible. Since I like to turn the tables, do things in a different way, I wanted my bride to go west under false pretenses. Isis Garrett had no intention of marrying any man. She'd been raised in Egypt by American Egyptologist parents who'd had a very loving marriage. So with that happy influence, why would she be opposed to marriage? A major reason could be that she'd already been seduced by a man and viciously dumped. Believe me, that'll do it! Her escape was to flee home to America for a new beginning. Opening a library in the small western town of Joshua had become Isis' mission in life.

The first man she meets in town is the hero, Prescott MacKay. I'd always wanted to write about a minister and give him lots of temptation. But Pres wasn't a life-long religious person. He'd been a bounty hunter for years, a fast draw who hunted the bad guys. During a gun fight with a vicious murderer, one of Pres' bullets went awry and hit an innocent young boy. The boy survived, and Pres, thanking God, was called to study for the ministry. He was through with hunting and killing even if sanctioned by the law. Settling in Joshua, he arranged for a group of mail order brides for the single cowboys and ranchers in the area. When he became a preacher, he vowed not to have sex again until he married. But with the brides coming to town, he privately wished for a love for himself. To add some more complications, unfortunately, the woman he's attracted to wants nothing to do with him or any other man.

Thus, with these backstories, my heroine and hero were born. 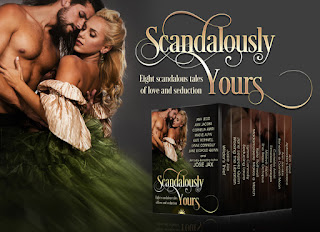 To my great pleasure, Long and Short Reviews gave it 4-1/2 Stars - "Ms. Quinn’s writing is wonderful, making the vicarious experience seamless. The plot is well-written and moves along at a quick pace. I felt as if I were transported into this frontier town, experiencing life in 1877."


Following is a scene from Wooing the Librarian.

Pres may be a preacher now, but he still sees what he

wants and knows how to go after it.

Acceptance. That was Preacher MacKay's sermon this morning. Isis, even though still shocked and embarrassed by her actions last night, appreciated the message. She just hoped Marjorie did. She wished Opal was here. Isis had already decided she'd lend books to any and all of the ladies of the evening whether Marjorie liked it or not.

Every time she sneaked a peek at Pres, he seemed to be looking back. Her cheeks burned with the remembered passion of the night before. She had acted like a wanton woman, had shown him just how wicked she was. But the minute he'd kissed her, the loneliness and hunger for the physical connection had overwhelmed her. Could he tell she wasn't a virgin? Any experienced man would probably know, and he kissed like a very experienced man. She was positive he hadn't always been celibate, not a man who'd made a living with his guns. But an unmarried woman must be innocent. No man wanted a woman who wasn't chaste.

At the end of the service, she'd have to greet him at the door, shake his hand. Maybe she could veer into her library to avoid him. Yes, that's exactly what she'd do. Make it clear she didn't want anything more to do with him.

The church quieted, the voices had died out at the door.

He'd found her. She grimaced. It looked as if she would have to put him in his place. "Mr. MacKay, I'm very busy here, so if you'll excuse me."

"We can just say it never happened." She turned to look at him, her heart felt like a thick plug in her throat.

He drew closer. "Is that how you want it to be?" he asked, his voice lowered intimately.

She stood her ground, ashamed by her actions the night before but still defiant. "I have no interest in men or marriage."

He flinched, cocking his head to one side. "All I know is I liked kissing you, and unless I miss my guess, you liked it too.”

Her mouth opened. "I did not!" she said mutinously.

"Don't deny it. Not in the church." His lips quirked, his eyes scrunched up in amusement as he lifted both hands to indicate the building.

"I'd like us to spend more time together." He became earnest again.

"I don't think it's a good idea." Her stomach roiled. She made a show of neatening up a stack of books on her desk so she wouldn't have to look at him.

"Because…" Damned if she could think of a reason. "Because I'm busy." She knew it was an unconvincing excuse, but it was the best she could come up with on short notice.

Being a romance writer has its good and bad points. Good because we can always arrange for our characters' stories to have a happy ending. Bad because we're constantly inundated with stories and characters and sometimes talk aloud to them when other people are around. Writing romance stories is a fulfilling and happy job, and I'm grateful to be able to do it.

I can be located here:

My Romance: Love With a Scorching Sensuality 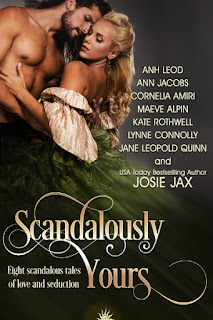 Books will also be available at barnesandnoble.com and iTunes (Apple), but buy links are not yet available for them.

Make sure to follow the whole tour—the more posts you visit throughout, the more chances you’ll get to enter the giveaway. The tour dates are here: http://www.writermarketing.co.uk/prpromotion/blog-tours/currently-on-tour/scandalously-yours/ a Rafflecopter giveaway
Posted by Lucy Felthouse at 09:00