I'm very excited to introduce our guest today - Ria Restrepo - there's two anthologies coming up in the near future where we share the pages! Please check out her work - take it away Ria!

I'd like to thank the lovely Brit Babes for having me on their blog. I greatly admire this talented group of female writers and their body of work, so I was thrilled when Tabitha Rayne invited me.

Since I believe it reflects similar themes in some of the Brit Babe's work I've read, I thought I should discuss the mission statement on my website and blog: stories about strong women who desire stronger men.

When I started writing, my work was a bit all over the place. My main goal was to be published, so I took a shotgun approach and submitted lots of things in various genres -- from literary fiction to political humor. I had some minor successes here and there under my given name and a pen name. I'd settled into writing erotica and romance when life happened and writing had to take a backseat for a while.

Last fall, I decided to recommit to my writing. Because I wanted a fresh start, I chose a new pen name that better reflected my ethnicity, created a new website and blog, then signed up for every social media site I'd heard about. I'd noticed that some writers had a phrase as a subtitle on their websites that described their work. I really liked the idea of a mission statement, so I came up with the one above. 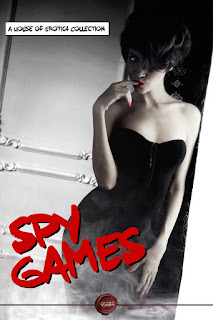 One of the things I want to show in my writing is that being a strong, independent woman and a submissive are not mutually exclusive. Despite what many may think, submissives aren't weak. It takes great strength, self-possession, and self-awareness to relinquish control and willingly submit to another.

It also takes a worthy dominant to inspire submission. Hence, the "stronger" wording. I think there needs to be something about the dominant -- his experience, knowledge, age, understanding of the submissive's needs, etc. -- that engenders a submissive's trust and admiration. That doesn't mean all Doms must have powerful jobs​, make a lot of money, or be superior to their submissives in all ways. So far, I've intentionally tried to avoid that in my writing.

Even though the FBI agent, Marissa, is in a position of authority and most would think she'd like being in charge and whipping a naughty criminal, she really doesn't. It isn't until Nick, the librarian, gives her a good, hard spanking that she realizes she might enjoy being the one in handcuffs. 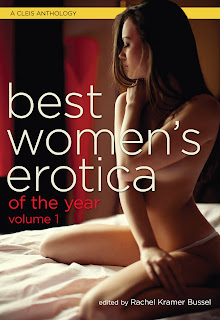 Wanting to challenge some preconceived notions, I purposely did the opposite of what I thought readers would expect. Not only did that give me the opportunity to explore a different type of dominant-submissive relationship, it also helped with the suspense/thriller aspect of the story.

Similarly, in "Restitution," which will be published early next year in Best Women's Erotica of the Year, Vol. 1, the submissive is a pop star who makes much more money than the dominant cop who arrests her for shoplifting. There's a surprise twist to this story, so I don't want to give too much away, but all isn't as it may appear. The submissive is definitely a take-charge kind of girl when it comes to her career.

"Rickshawing with Rick and Shawn" is about a petite college coed, Gia, on a Spring Break trip to Thailand with her two hulking roommates, Rick and Shawn. Given the differences in size, and that it's two against one, you might think Gia would be easily dominated. However, her personality is much larger than her physical size and she can easily handle the two men. Rick does show some dominant tendencies, but he's more of what I like to call "an alpha male with a sensitive side." Ultimately, Gia does give both guys exactly what they want, but not because they bully her into it -- because she enjoys the hell out of it. 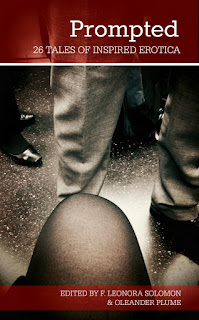 "Stories about strong women who desire stronger men" are generally what I write, but I am trying to push the envelope a bit. As with "Rickshawing with Rick and Shawn," you may see some stories from me other than monogamous male-female pairings in the very near future.

But first, I have to get back to my NaNoWriMo novel about a submissive bounty hunter chasing down the brother of her first Dom. Hmm, that could get messy, very messy!

Ria Restrepo has written in many genres, from literary fiction to political humor, under various names. Now she's focused on writing what she loves to read -- romance, erotica, and all the shades in between. She's spent most of her life in South Florida and continues to live in the Sunshine State, because she still has nightmares about standing in feet of snow, waiting for the school bus in rural Pennsylvania. Her work has recently appeared in Spy Games: Thrilling Spy Erotica and in the upcoming Prompted and Best Women's Erotica of the Year, Vol. 1.