Sex and horror: dark pleasures of fear and desire

Horror is seductive.
It’s like the promise of sex, inviting us in.
It pulls at your guts and prickles your skin, and works icy fingers through your blood.
It demands a visceral reaction.

How delicious is the sensation of fear, an echo of carnal pleasure. Like sexual desire, it titillates not only the mind but the senses. As we know, a good ‘scare’ is a wonderful aphrodisiac.

Here is the most intimate of relations between author and reader. You bring yourself to the page not only mentally, but physically. ‘Come closer,’ whispers the writer, ‘let me crawl inside you’. In reading erotica, you beg ‘seduce me’. With horror, it’s ‘frighten me’: there can be little to choose between them.

And anticipation is all. You lick your lips, waiting for the ‘forbidden’, or to be ‘devoured’. You keep running, but you know you want to be caught.

Reading tales of horror is a masochistic act. It’s hard to say where pain ends and pleasure begins in those dangerous undercurrents, on the razor edge between light and dark. 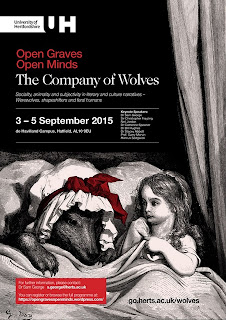 The pursuit of sex, on the page and screen, is regularly equated with danger: be careful of where you go, and who with: they could be a ‘monster’ in disguise. It’s a recurring theme in horror films: the werewolf teen in ‘Ginger Snaps’ (2000); the alien creature in ‘The Faculty’ (1998); and the hairy beast within, as seen in ‘The Company of Wolves’ (1984) and ‘Red Riding Hood’ (2011). Appearances aren’t to be trusted.

Harking back to 19th century Gothic fiction, ghosts, family curses, vampyres, demons and superstitions dominated. An atmosphere of brooding unease was vital: one of mystery, pushing the reader towards their own state of ‘madness’.metaphorical, but a reality we confront consta

The most famous example is Bram Stoker’s ‘Dracula’: darkly malevolent and laced with eroticism. Think of Jonathan Harker’s non-consensual ‘blood rape’ at the hands of the three vampyre women in the Count’s prison-castle. 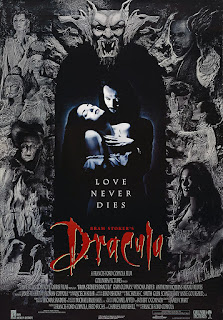 He recalls, with shame and fascination, his temptation to submit: ‘There was a deliberate voluptuousness which was both thrilling and repulsive, and as she arched her neck she actually licked her lips like an animal, till I could see in the moonlight the moisture shining on the scarlet lips and on the red tongue as it lapped the white sharp teeth Lower and lower went her head as the lips went below the range of my mouth and chin and seemed to fasten on my throat. I could feel the soft, shivering touch of the lips on the supersensitive skin of my throat, and the hard dents of two sharp teeth, just touching and pausing there. I closed my eyes in a languorous ecstasy and waited - waited with beating heart.’

There is the sensual portrayal of Lucy, most acutely rendered in her ‘undead’ state, and the slow seduction of Mina by the Count: a domineering, unfathomable stranger. The story is filled with references (veiled or explicit) to eyes blazing with desire, to blood, to submission, to death, to longing, to violence, to the devouring of flesh, and of course, to biting and sucking!

What other story, before or since, has so perfectly combined the luxurious pleasure of horror with eroticism? 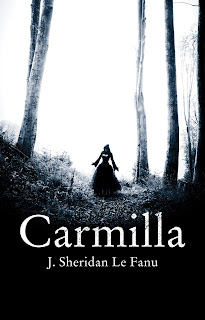 For some, it is Sheridan le Fanu’s ‘Carmilla’ (written in 1872). It boasts similarly sensual passages, which hint at more than is explicitly written. Laura describes perturbing (rather orgasmic) sensations in the night, which we link to the presence of female vampyre Carmilla, coming to her room:  ‘My heart beat faster and faster, my breathing rose and fell rapidly and… [it] turned into a dreadful convulsion, in which my senses left me, and I became unconscious.’

Carmilla opens a door to young Laura, awakening her to awareness of her sexuality. Once open, the door cannot be shut. Even when Carmilla has been staked and dispatched, Laura is haunted by memories.

In both stories, female sexuality is equated with ‘vampyric-bloodlust’: wanton, uncontrollable, and beyond civilised norms. It is as if, in succumbing to such a woman (or women in Harker’s case), we forfeit our very life-force.

In keeping with the age in which the tales were written, sexual pleasure is to be feared and resisted rather than welcomed. However, what danger can be more alluring than that of casting aside propriety and embracing abandoned, illicit sexual appetite? It’s little wonder that Stoker’s ‘Dracula’ and all its descendants have enjoyed so many decades of popularity. 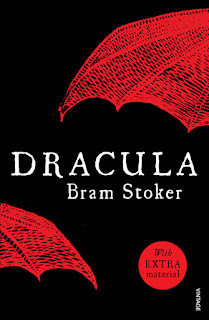 The stories can be viewed as more than horror. They explore awakening: awareness of self as a sexual being; and understanding of elements previously hidden. Within the velvet embrace of sexual arousal and heightened sensation, a cloak of ‘propriety’ is lifted, allowing us a glimpse of self-knowledge.

As Jonathan Harker admits, afraid of what awaits him at the hands of the trio of vampyre-seductresses: ‘I doubt; I fear; I think strange things, which I dare not confess to my own soul.’  The same words could easily be later given to Mina, as she struggles with her attraction to the Count: her inner fear of opening herself to desire.

The monsters and supernatural seducers of ‘horror’ cannot be resisted; we are forced to succumb. Here, if nowhere else, we may embrace dual-edged fantasies. 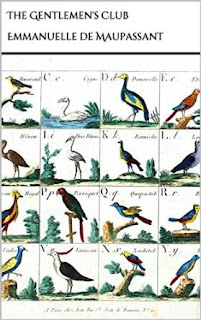 As Stoker’s Dracula urges, inviting us further into the pages, and into the realm of the forbidden: ‘Enter freely and of your own free will!’


Thank you for being our guest today - what a richly seductive post...
x x x
Posted by Tabitha Rayne at 07:30