A Book Hook that Goes Bump in the Night 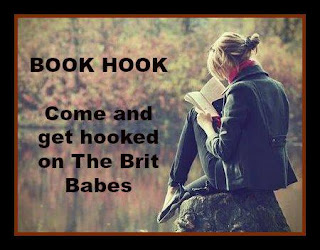 Since we’re fast approaching Halloween and things that go bump in the night are the order of the day, I thought I’d share a little Book Hook with you today from Body Temperature and Rising, the first novel of my Lakeland Witches Trilogy. Demons witches and ghosts are the order of the day with the Elemental Coven, who specialise in sex magic. This novel had it’s ghostly, withy beginnings at the most haunted pub in England,  Red Lion pub, which is set smack dab in the middle of Avebury Stone Circle. And to add authenticity to the event, we actually did have an encounter with the resident ghost, or at least we think we did. Enjoy the excerpt, then enjoy the trilogy. If you want more free Lakeland sexiness, please be sure to check out , Demon Interrupted, a Lakeland Witches novella FREE on my blog.


Blurb: Body Temperature and Rising, Book one of the Lakeland Witches trilogy:

American transplant to the Lake District, MARIE WARREN, didn’t know she could unleash demons and enflesh ghosts until a voyeuristic encounter on the fells ends in sex with the charming ghost, ANDERSON, and night visits from a demon. To help her cope with her embarrassing and dangerous new abilities, Anderson brings her to the ELEMENTALS, a coven of witches who practice rare sex magic that temporarily allows needy ghosts access to the pleasures of the flesh.
DEACON, the demon Marie has unleashed, holds an ancient grudge against TARA STONE, coven high priestess, and will stop at nothing to destroy all she holds dear. Marie and her landlord, the reluctant young farmer, TIM MERIWETHER, are at the top of his list. Marie and Tim must learn to wield coven magic and the numinous power of their lust to stop Deacon’s bloody rampage before the coven is torn apart and more innocent people die. 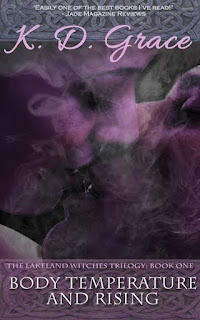 Out of nowhere the clouds descended, blocking the mid-day sun and the view of the Borrowdale Valley below. The path ahead of Marie vanished in a roil of thick mist. She shivered, then squinted at her compass. Damn it! The weather forecast had promised sunshine for the day, unseasonably warm, it had said, just like it had been all week. She reassured herself that there was no real way she could get lost on Maiden Moor and High Spy, so close to civilization. Then why did the mist feel so unsettling?
She shifted the pack on her back and tried to remember if this was the rout she had taken with her parents. But that was fifteen years ago, and there had been no fog.

The world around her fell silent, as she stepped cautiously forward. She heard no bird song, no breeze, and stranger still; she heard no other people on what was a frequently walked path. It was as though she were the only person left in the world. As she followed the flank of the fell around the silence deepened still further until even the sound of her own breath seemed muted in the mist. Goose flesh rose along the back of her neck and she shivered. A few more steps and the sound of a woman’s voice, half whispered in the mist, stopped her in her tracks.
‘Anderson? Are you there?’
The knot in her stomach tightened at the possibility of this Anderson being lost to his companion in the fog.
‘Anderson?’ The voice came again. It didn’t sound particularly frightened. ‘Anderson, I need you.’
Marie was about to round an outcropping of rock that obscured the path when, directly in front of her, the mist cleared, and she caught sight of the woman calling for this Anderson guy. Her dark hair was pulled back in a heavy pony tail, and her legs extended forever from underneath kaki walking shorts.

Marie was about to make her presence known when out of the fog, almost as though he had materialized from nowhere, stepped a dark-haired man with a closely trimmed beard. He was broad shouldered, a little taller than the woman, and dressed in a black suite of vintage cut.
Damn tourists, Marie thought, what the hell was he thinking coming onto the fells dressed like that? Her irritation was interrupted by an intense tingling of heat below her navel that flashed hot, took her breath away and nearly drove her to her knees before it cooled to a warm buzz and skittered down low inside her pelvic girdle. Just then the man scooped the woman into his arms and kissed her with an open-mouthed tongue-fondling that left Marie’s insides feeling like warm toffee. Instinctively she stepped back, not wanting to interrupt the reunion.
‘I was worried when you weren’t here,’ the woman spoke between breathless kisses.
‘Tara, my love, I came as soon as you called. You must not worry so.’

She released a sigh that was almost a sob. ‘I have good reason.’

‘Of course you do, my darling. But worry will not ease our situation. So we shall do what we must. And I will do whatever it is you ask of me.’
There was something in the way the man spoke that was strange. The accent was very British, and yet not. And the way he moved against the woman, the way he protectively pulled her to him, the way his mouth made love to hers banished Marie’s irritation that they’d chosen her path for their reunion. Irritation was replaced by longing that ached down through her torso to mingle with the strange buzz that had migrated to the soft spot between her legs, and the air felt suddenly warmer. The man’s hands joined the reunion. He slid the strap of the woman’s tank top down to spill a bare breast heavily into his waiting palm. He paused to knead it and fondle it as though he had never seen anything more exquisite. Then he took as much of it into his mouth as he could. The woman released a shrill gasp as though cold water had been poured onto her. ‘I can feel it,’ she breathed. ‘We were right.’ Then she held him to her, letting him nurse at her in hungry nibbles and slurps.

Marie should have left, and yet she stood riveted to the rock beneath her, feeling heavy and pliant, as though something had suddenly filled her and was moulding her and shaping her from the inside with fiery hands. Her breasts tingled at the rub and tickle of the man’s beard against Tara’s tender flesh, at the tug and pull of pursed lips on swollen nipples almost as though it were her breasts at which he nursed.
Marie clasped her hand over her mouth to hold back a gasp of appreciation as the woman manoeuvred the longest, thickest erection she had ever seen from the man’s trousers. Not that she’d seen that many erections, she reminded herself. When had there been time? She could almost feel the hot stiffened twitch of maleness against the woman’s hand.
As the mist floated around them revealing, concealing and revealing again, he slipped his other hand into Tara’s shorts. She caught her breath and nibbled her bottom lip as he found what he was looking for. Then she squirmed and twisted against him, practically sitting on his hand, as he stroked her. The look on her face was one of deepest concentration.

For a moment the mist thickened around the couple, and Marie held her breath, listening desperately to hungry grunts that she felt deep in her belly and to little throaty moans that tingled down low, down where she shifted almost unconsciously into the dampening press of her panties.

Amazon UKAmazon USAmazon AUAmazon CAAll Romance eBooksBarnes & NobleXcite BooksiBooks UKiBooks US
Amazon UKAmazon USWaterstone’sBarnes & NobleThe Book DepositoryPowell’sXcite Books
“I am a huge fan of K.D. Grace’s explicit, well-crafted writing (I’ve selected and published her work in multi-author “Best” collections), and this novel did not disappoint me. It’s the first of a hardcore paranormal trilogy, and many readers think it is her best work to date.” Violet Blue
*****
“Body Temperature and Rising is my favourite of K D Grace’s books so far… So if you’re looking for a well-written, pacy and smokin’ hot paranormal romp, I’d point you towards this book. One warning, though. As soon as you’ve read it, you’ll want to read the next book immediately. I know I do!” 5 out of 5, Erotica For All
*****
“This is powerful, sexy writing from the extremely competent K D Grace. The story contains a compelling narrative. And all of it is set in the most beautiful scenery in the natural world. You really will love this book.” Erotica Readers & Writers Association
*****
“The plot definitely engaged me. It’s a series of one intriguing revelation after another, and one steamy interlude leading into another. Ms. Grace gives the reader a complex story of ghosts, witches and sex magic that I enjoyed and I think you will too.” 4.5 out of 5, Dark Haven Book Reviews
*****
“This well-written, full-length erotic novel comes from the pen of well-established writer K. D. Grace… easily one of the best books I’ve read!” Jade Magazine