It was a simple challenge really. Write an erotica novella for a series. Something outside my normal genre, but that is one thing writing does, right? It stretches you.

As a reader, I want to be challenged too. I don’t want the same old thing either. I want my mind to be challenged, my heart opened to new possibilities. I’ve read every genre, edited almost all of them, and I’ve learned something new from each. 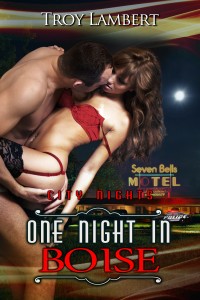 Writing an erotica novella taught me a few simple things, and it relates to not just one, but several Nights in Boise.

First, sex is a part of every story. It can be positive: an expression of love, an outlet of passion, and a fulfillment of pleasure. Sex can also be dark: a motive, a tool of bribery, or an act of cruelty. As human beings, we all have our own story, and some are brighter than others.

Second, people are easily shocked, but not offended. Most of those who have read One Night in Boise are at first surprised that I wrote an erotica novel, but then easily accept it. In fact, they recognize my author voice and style still. The story focuses on another element of life.

Third, creativity is not limited to genre. Being the managing editor of the series for a while, and writing erotica myself showed me that each person’s imagination and creativity are sparked in different ways, even when given the same topic and guidelines.

Or read the rest of the City Nights series, and travel the world. You’ll be sure to find satisfaction and imagination wherever you roam.

Available on Amazon US, Amazon UK, and Smashwords. 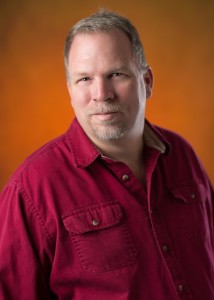 Passionate about writing dark, psychological thrillers, his work includes Broken Bones, a collection of his short stories, The Samuel Elijah Johnson series, including Redemption, Temptation, and Confession, the horror Satanarium, co-authored with Poppet and published by Wild Wolf Publishing.

Mr. Lambert began his writing life at a young age, penning the as yet unpublished George and the Giant Castle at age six. He grew up in southern Idaho, and after many adventures including a short stint in the US Army and a diverse education, Troy returned to Boise, Idaho where he works as a freelance writer, analyst, and editor. He is currently traveling this summer and doing consulting with small museums and non-profits.