Kay: The Gift of Luck

Hello everyone, its Kay here. As I sit here in my coffee shop corner, I’ve been mulling over all the topics I could write about for you today. And then I thought about how lucky I was to have so many things that I could write about- so many options...Yes...lucky is the word.
Luck has always played an enormous part in my life – of course that luck hasn’t always been of the positive variety, but nonetheless, there it is, like a silently unstoppable force of nature.
If I hadn’t had an amazing stroke of luck almost eleven years ago, then I’d never be an erotica writer in the first place. 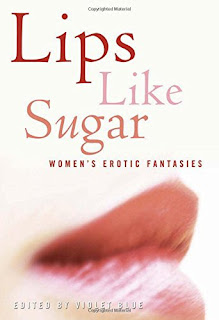 I had no idea I’d sent my work to one of the most respected women in the business- no idea at all. Lucky!!
Then came my next bit of luck- Violet liked my story (although she changed the title to Jen and Tim).  If she hadn’t taken it, I would never have bothered again. I’d only sent it off to prove to myself (and my friends), that I was brave enough to stick a toe out of my comfort zone. I had no intension of taking up writing as a profession, or even as a hobby.
It was an instant addiction to publisher’s acceptance letters that kept me writing. The feeling that my work was actually wanted by someone was unbelievable.


I’m a shy person, and nothing I’d ever done had ever been noticed, let alone wanted, before. I don’t say that to sound self-pitying. It’s just a simple fact- and I would put money on a lot of writers being the same. Before that moment, when you get your very first letter or an email telling you that what you have created is wanted by an editor, then you’ve never felt truly worthwhile before.
So you see how important that stroke of luck was, not just to my career, but to my self-confidence (or lack thereof). 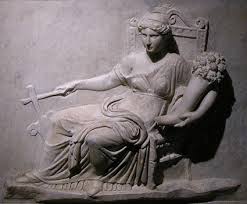 My next visit from the Goddess Fortuna came in the shape of a chance email, which led to me being invited to serve my storytellers apprenticeship with the wonderful Oysters and Chocolate (now gone after falling foul of the double hit of Fifty Shades and self publishing). At O&C, I was allowed to write my stories in any way I liked. I had the chance to develop a style of my own. Most important of all, I could make mistakes. I could learn my trade. Few writers are lucky enough to get that luxury. 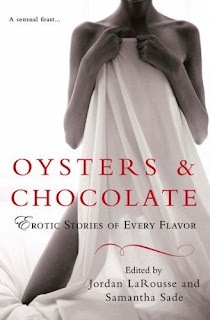 Writing is a skill. Many have it. But that skill alone, in one of the most competitive markets on the planet, is simply not enough. You need luck, and I could list hundreds of occurrences of the blessings of the Goddess Fortuna that have come my way over the years.
For example- if I hadn’t been invited to read at the Sh! Women’s Store in London, I’d never have met Kd Grace (unthinkable!!).
Which means I’d never have bet Lucy Felthouse, or Victoria Blisse.

Without that meeting, I wouldn’t have met Lexie Bay, or Lily Harlem, and the Brit Babes would never have been ‘born,’ and so Tabitha Rayne and Emmy Ellis would never have entered my life!
Then of course, there’s my most recent run of luck to consider. I won the Best Erotic Writer 2015 award at the ETO in June. First of all, I was lucky to win this because I am not the best erotic writer. I could list dozens of brilliant erotica writers that could easily have been there instead of me. You only have to see the skills of our regular Monday guests on this blog to see the truth in that.
Secondly, if E L James hadn’t been up against me, then I wouldn’t have had any press coverage, radio interest, or guest blog coverage as a result of the win. Only her ‘celebrity’, and the fact I got more votes than she did, got me that fifteen minutes of fame- for which I am hugely grateful!
Yes, I’ve had many runs of bad luck along the way to this point, but then, who hasn’t?
Fingers crossed that the good luck continues to outweigh the bad. With the Brit Babes on my side, how can I fail?