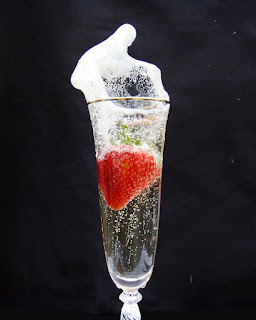 Hi, Brit Babes, and thanks very much for inviting me over to your fabulous website to talk about my work. I’d like to share some of the inspiration behind my male/paranormal romance novel, Vintage Pride. This is book three in the Lionhearts series from Totally Bound, which features lion shifters who discover their destined mate is human, even though that goes against everything they’ve been brought up to believe. Writing the books has given me the opportunity to set each story in a different part of the world, and the location for Vintage Pride is the Champagne region of France. It’s an area I visited many years ago on a school trip. We were given a tour around one of the smaller Champagne producers in the town of Epernay, which is home to some very well-known names including Moët et Chandon and Piper-Heidsieck. Of course, this was probably just an excuse for our teachers to sample their wares and stock up on a few bottles to take home, and I think they’d be pretty surprised to learn the visit would end up providing me with the starting point for a very steamy novel. 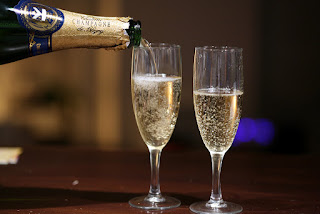 What makes Champagne (and other sparkling wines like cava and prosecco) special is that it effervesces. There are references to bubbles in wine on Egyptian papyruses, but it took a long time for people to understand what caused that reaction, and how to guarantee that it would happen every time. Not to get too technical (I’ll leave that to Marcus in Vintage Pride, who is very proud of the Champagne produced at the Château LeBlanc), it’s a result of the wine fermenting a second time in the bottle, after a certain amount of sugar has been added. In the course of my research for the book, I got to expand my own knowledge of the winemaking process and discover why only wine which comes from that one very specific region can officially be called Champagne. I also learned how, thanks to clever marketing at the turn of the Twentieth century, Champagne became irresistibly connected with parties, special moments in life like birthdays and weddings and, of course, romance. Plenty of this information found its way into the story. Indeed, there’s a scene in Vintage Pride where Jean-Luc and Ethan enjoy a bottle of Chateau LeBlanc’s finest and some juicy strawberries as a prelude to some very hot sex, which was great fun to write.

With gorgeous men who can turn into lions, a paranormal investigation team on the hunt for ghosts and the secret of some lost and very valuable paintings waiting to be uncovered, Vintage Pride has both mystery and romance at its heart. But most of all, it has fizz… Cheers! 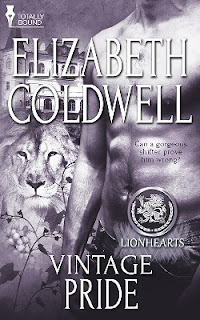 Blurb: He doesn’t believe in the paranormal. Can a gorgeous shifter prove him wrong?

Ethan Wayne is a paranormal investigator for the hottest reality show on TV, Spirit Seekers, but his love life is decidedly lukewarm. Reeling from a sudden break-up, he finds himself heading for France, where his team will be exploring the Château LeBlanc, searching for the ghost of a murdered kitchen maid. When he meets the château’s reclusive owner, Jean-Luc LeBlanc, the attraction is fierce and instant—but Jean-Luc is keeping secrets the skeptical Ethan could never have imagined.

Jean-Luc’s world collapsed with the death of his beloved Benoît. He no longer cares about producing his award-winning Champagne and even his closest family members can’t rouse him from his self-imposed solitude. The last thing he wants is a team of ghost hunters intruding on his privacy and discovering the truth of his nature. The realization that one of these brash Americans is destined to be his new mate seems like a sick joke. But soon Jean-Luc has bigger things to worry about than his distrust of humans. His home and family are under threat—can he do what it takes to save all he holds dear, and let Ethan into his heart in the process?

Excerpt: Stepping into the room only heightened his sense of being in some Baroque fairy tale. Its only concessions to the twenty-first century were the sleek iMac on Jean-Luc’s desk and an expensive-looking telescope that had been placed by the window. Every other item of furniture appeared as though it had been there since the days when the revolutionary mob had tried to storm Château LeBlanc. Thick animal pelts covered the floorboards and moonlight shone through the half-open drapes. A small part of Ethan wondered about the
practicalities of living here. How did Jean-Luc heat the room? Did the door on the far side lead to a bathroom? Why would anyone choose to shut themselves away in here when they could have the whole run of this incredible building?

“This is wonderful,” he said, regarding everything in more detail. The wooden-framed bed, which had the family crest carved into its footboard, was big enough to accommodate two people with ease. Ethan thought back to Agathe’s mention of Benoît and wondered whether that was who’d once slept alongside Jean-Luc. If so, there seemed to be no reminders of him in the room. The only photo he spotted was one of a younger Jean-Luc with what Ethan took to be his parents.

“Thank you. You see now why I’m not keen for anyone to intrude on my sanctuary.”

“Because you’re not just anyone, Ethan.”

The kiss seemed to take Jean-Luc as much by surprise as it did Ethan. He thought he saw a momentary flicker of doubt cross the Frenchman’s face, as if he felt it would be more prudent to pull back from the brink than press on any further.

Are we making a mistake here? If so, Ethan didn’t care. Right now, this was just what he needed to wipe away the last traces of his failed relationship with Boyd. He let his sneakers drop from nerveless fingers.

Jean-Luc pulled Ethan into his arms, planting his mouth hard on Ethan’s in a swift, demanding fashion.

He’d never been claimed in such an assertive manner before and he found his body responding. He wrapped his hands around the back of Jean-Luc’s neck and kissed him, his tongue battling with Jean-Luc’s and his breathing growing rapid and heavy.

“I’ve been trying to deny it to myself but I know you are the one.” Jean-Luc broke the kiss to murmur into Ethan’s ear, “Everything about you inflames me.” He paused, took a deep breath. “But before we go any further, there’s something I should tell you.”

Ethan shook his head, afraid the moment would be spoiled by Jean-Luc’s revelation. “Whatever it is, it can wait. This won’t.”

With each fresh kiss, the heat between them increased. Ethan had grown almost painfully hard. He ground his body against Jean-Luc’s, the bulge at his groin rubbing on a similarly thick protrusion concealed within the folds of Jean-Luc’s brown and gold jacquard robe.
Ethan’s jeans seemed a size too small, the zipper pressing uncomfortably at his sensitive flesh, even through the soft cotton of his underwear. He needed to be naked. More than that, he was impatient to see what this gorgeous man looked like once his clothes came off.

As if following the steps of some time-honored dance, Jean-Luc paced toward the bed, taking Ethan with him. Ethan allowed himself to be maneuvered backward until he felt the backs of his thighs bump the edge of the mattress. He sat heavily, the bedsprings creaking beneath his weight.

Jean-Luc reached for one of Ethan’s socks then pulled it off. He repeated the action with the other foot. Ethan wriggled his bare toes, wondering whether the man intended to strip him down to the skin.

He got his answer when Jean-Luc grabbed his belt buckle, making short work of unfastening both it and the fly of Ethan’s jeans. In moments, the items were off, leaving him in just T-shirt and underwear. The damp spot of pre-cum on the front of his briefs provided damning evidence of his mounting excitement.

Jean-Luc stepped back from the bed and untied the belt of his robe, letting it fall from his shoulders. He wore nothing beneath it. Ethan gazed in frank admiration at the Frenchman’s long, thick cock, rising proudly from the mat of blondish curls at his crotch. Unlike all of Ethan’s previous lovers, he was uncut. Ethan found himself wondering what it would be like to stroke that foreskin back and forth along Jean-Luc’s substantial shaft.

He had the opportunity to find out when Jean-Luc joined him on the mattress. As they kissed, Ethan put a hand down between their two bodies to grip that uncircumcised length. The feel of it had him smiling against Jean-Luc’s lips. So hard within yet wonderfully soft on the outside.

“Ah, mon dieu,” Jean-Luc muttered while Ethan continued to jerk him off. “You don’t know how long it’s been since anyone touched me like this.”

Ethan had gone through dry spells of his own and knew how overwhelming it had been when he’d found himself in the arms of another man once more. He slowed the pace of his caresses, not wanting to drive Jean-Luc to the point of release just yet.

“I didn’t mean I wanted you to stop.” Jean-Luc pouted. 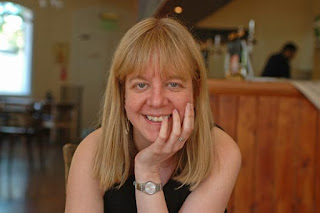 Bio: Elizabeth Coldwell is a multi-published author and the former editor of the UK edition of Forum magazine. Her novels, novellas and short stories have been published by, among others, Totally Bound, Xcite, Cariad, Black Lace, Cleis Press and Circlet Press. She was Editor-in-chief at Xcite Books, where she edited numerous novels and short story collections, among them Lipstick Lovers, the winner of the 2013 National Leather Association award for best anthology.

Find out more about Elizabeth at The (Really) Naughty Corner, Totally Bound and Goodreads
Posted by Lucy Felthouse at 09:00