Playing With The Big Boys....

I know, I know, I've been a bit quiet for a while and I apologise for that but my other job has been getting in the way of my writing by wearing me out and making me fall asleep in front of the laptop! But I have plans for this to change...... so hopefully you'll hear a lot more from me soon!

Whilst I have been ridiculously busy, I have managed to get a short(ish) story into a new anthology which will be released on 31 August by Sweetmeats Press. The anthology is called Athletic Aesthetic and you guessed it, it's all about super naughty sporty people....

My story is called Playing With The Big Boys and my chosen sport is golf. Wait! Before you all doze off, I can promise you these boys and my naughty main character Grace will show you a different side to the game. It's not all old boys, checked trousers and pink sweaters you know! Things can get steamy in the clubhouse and it's not just the nineteenth hole where all the fun happens.... 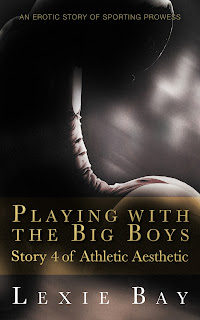 In fact my busy day job actually helped me with this story because the title is a phrase that I hear around the office all the time and it always makes me giggle and think naughty thoughts. In the industry where I work, golf is a big thing and a lot of deals get done out on the course.... which made me wonder what other kind of deals could you get away with out in the rough ;)

Enter Grace, the new sales girl with a plot to win a big contract and to beat the boys at their own game..... She likes to work hard and play harder and she knows exactly how to get what she wants. Will she win the contract and the hearts of her co-workers? Here's a little snippet so you can see for yourself.

“Shush, someone’s going to hear us! I’m a member here, babe, I don’t want to get thrown out, or seen. And I’m fairly certain Adam plays here on a Friday too.”
“Well you should’ve thought about that before dragging me into the bushes and doing... this...” Grace was already enjoying the delights of Contestant #3, and she gasped as his fingers slipped deeper inside her. She let her head drop back, glad for the support of the large oak tree behind her as a half stifled moan escaped from her lips. Danny silenced her with his mouth, kissing her long and hard as he pushed his fingers deeper, searching for the sweet spot that would make her whimper again. He grinned as he found it and felt her legs buckle beneath her. Good thing he was holding her up with his other hand, pressing her against the rough bark of the tree. Danny knew just what the ladies liked and he intended to show Grace exactly what made him so popular. He’d had his eye on her since she started and he had to admit that he was a little pissed that Nathan had got there first. But what the hell, that just gave him the opportunity to show her she was wasting her time with the small fry. His sales figures were higher and his cock was bigger and he was fairly certain that Grace would be more than impressed. He’d certainly had no complaints from any of the other girls - inside or outside of the company. He let his thumb stroke across her clit, loving the little noises that she made as he teased her.
Grace was so turned on, the exhibitionist in her loving the fact that they could get caught at any moment. Danny was so completely not her type but there was something to be said for a change to routine and oh-my-god he was good with his fingers.
“Please... make me cum,” she moaned as he teased her over and over, “and then I’m going to beat you at this ridiculous game.”
Danny laughed. “Just for being a little brat, I think I might leave you hanging until you come good on that promise.”
He slipped out of her and brought his fingers up to her mouth, pushing them inside and making her taste herself on him. She pursed her lips to suck them, her eyes never leaving his, her tongue wrapping around each digit then smirked as he bit his lip.
“Don't play the Casanova routine with me,” she said, fumbling with the zip on his shorts, “you want to fuck me just as much as I want you.”


She palmed his erection to prove her point and he closed his eyes, trying to stifle a moan and failing miserably.....


And if you enjoyed that, the anthology is out on 31 August and will be available from Amazon in both e-book and paperback 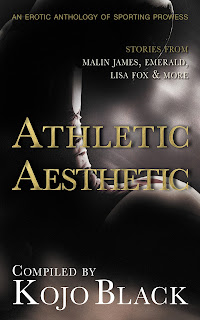