So- why did Kay write about a kinky courier? 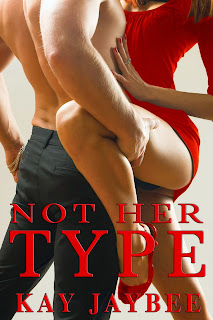 So- why did I write about a kinky courier? Well...


For the last fourteen years I have been employed by a company that allows me to work from home. As a consequence, all my work needs to be sent to me- and that means dealing with a great many different delivery companies, and therefore couriers every week.


Being a friendly type- and very nosey- I have struck up friendships with a number of these guys (not had a female courier to date- but maybe one day!)- and boy, am I here to tell you that they have imaginations that make even me blush!! All day on their own doing nothing but drive and look at cardboard boxes- their minds wander, their eyes shine like the devil himself...Oh, and they drink very sweet tea!!


When Jenny’s regular film courier, John, reveals how she has become the centre of his sexual dream world, Jenny’s quiet existence is thrown into an arena of desire that she thought she’d long since abandoned.


One unexpected, head swimming romp later, and Jenny is left wondering if her courier will ever visit her again, and if he does, will he mention the hot sex they had on her living room floor that Tuesday afternoon, or will he pretend that it hadn’t happened?


When the following Tuesday arrives and John reappears on Jenny’s doorstep, the scene is set for a continuation of intensely kinky weekly meetings. There is only one problem. John really really isn’t Jenny’s type...


The majority of the couriers I have encountered over the years have caught onto the fact that a little flirting goes a long way. Something that my Not Her Type storyline takes full advantage of- exercising the forever naughty imagination of my delivery men to extremes!! 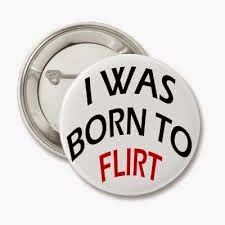 I’ve only every come across two exceptions to this chirpy courier mould so far! These contenders for ‘the grumpiest delivery man in the world’, and are luckily employed by a company I seldom have to use! I honestly think it might kill them both to crack a smile! I frequently have the urge to tell them how much they are letting the side down!  Hasn’t anyone ever told them that a smile to your customers makes the day go some much quicker- not to mention it makes it SO much more fun! 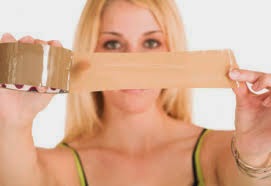 The number of women (and men) that have serious delivery guy/gal fantasies is HUGE!! Over the years my courier boys have told me many tales- mostly true- about being hit on, upon the doorstep.  My favourite being that of the driver who has to call on a particular woman every Monday with a stationery order; every time- even though the order always arrives at about 2pm- she opens the door to her courier in the nude- and every time he has to pretend he hasn’t noticed! Her courier is obviously EXACTLY her type- or perhaps she just goes for the smell of Cardboard?? Stranger things have happened!


Where the hell is he?


It was already two o’clock. Over the past months, even before things had become physical, Jenny had gotten used to John arriving at almost exactly one in the afternoon. His failure to appear by two was beginning to worry her. Sometimes he delivered her weekly quota of DVDs five minutes early, sometimes he brought them ten minutes late, but he had never been this late. Never a whole hour behind schedule.


Perhaps he’s on holiday… Perhaps he’s ill? Has he got sick kids that he needs to look after? Has the van broken down somewhere remote? What if the van’s been in a crash, what if…?


A multitude of crises, big and small, roamed Jenny’s head. A sense of helplessness crept over her, and she started pacing around the house without really registering what she was doing. ‘I don’t even have his number, for goodness’ sake!’ Jenny railed at the kitchen at large, fussing with the dishes she’d left to drain by the sink. ‘Does he even have a mobile phone? Surely everyone has one!’


Peering out of the window through the pouring autumn rain, hoping to see the film library van turn onto the road, she gave herself a shake. This is ridiculous! You’re not some love-struck teenager. He’s probably been held up for some logically dull reason. You pay his company to deliver your films, so they WILL be delivered. Stop being pathetic, and go do some work, woman!


Forcing herself to be sensible, Jenny sat at her computer desk and studied the wild arrangement of ultra-dull spreadsheets that confronted her. She might as well have been trying to read Mandarin for all the sense she could make of the invoices she was supposed to be processing. It was hopeless. Consumed with desire, all she could think about was that John was not with her. That his strong hands were not walking across her flesh, that his mouth wasn’t against her own, that the arousal the afternoon had promised had been left hanging. She got up again, returning aimlessly to her vigil, pacing by the kitchen window.


Damn, he promised we’d have time to share information about each other today. Will I ever get to know more about my hot delivery man?


That was when it hit her. Jenny stopped dead, her stockinged feet gliding a little against the tiled floor. Approximately half an hour a week, that’s all she had with this guy. So far that meant they’d been together, in the biblical sense, for less than four hours. Yet it had assumed such massive importance. It was just sex, for goodness’ sake! And just sex without ties is exactly what I need after the disastrous relationships I’ve had in the past! But even as she thought it, Jenny knew it wasn’t that simple. After so long living like a hermit, the genie had been let out of the bottle, and, like it or not, she knew she couldn’t go back to being celibate again.


Trying and failing to ignore the intensifying dampness between her legs, Jenny marched back into the living room and glanced again at the clock that glowed at the bottom right-hand corner of her computer screen. It was a quarter past two. Wiping her sweaty hands down the back of her jeans, she decided to be practical.


So, John’s not going to come; or if he is coming, he’ll be running so late that he’ll be in a tearing rush and won’t have time to stop. Therefore, if I want to get anything done this afternoon, I’ll have to take some personal action.


The instant she thought about going it alone, Jenny’s breasts, craving the attention they’d been anticipating for the last hour, puckered against her black satin bra. Leaning back in her swivel chair, closing her eyes, she imagined that her fingers belonged to John. Running them slowly across her thin maroon shirt, she undid the buttons one at a time. Jenny couldn’t help but giggle as she pictured John’s chunky fingers stumbling over the tiny fastenings, getting so frustrated he would jerk the whole garment over her head.


Throwing the blouse to the floor, stroking her palms over her tits, she teased her nipples through the soft material of her bra. Exhaling slowly, letting go of some of the tension that had built up in the seemingly endless wait for her courier, she allowed a single digit to stray around the waistband of her jeans.


The insistent ringing of the front doorbell interrupted Jenny’s musings and, half-naked, she dashed to the door. John hastened inside, grumbling about road-work and customers who lost rented DVDs. His face, however, showed amused approval at her disheveled state, and he grinned, ‘Nice bra, Jen! You couldn’t wait for me, then?’ before he assaulted her breasts with his mouth.


Sighing, Jenny asked, ‘Are you sure you have time?’ Her question was genuine, but as she spoke, John’s fingers travelled firmly over her rigid nipples sending a quake of need through her nervous system that she couldn’t have hidden if her life depended on it.


‘Don’t ask stupid questions.’ John wrenched his pants down a few inches. ‘I’ve been pumping blood down there for the last two hours thinking of you, babe. Of course I’m up for it!’


Without bothering to remove his rain-soaked coat, John hauled Jenny’s denims and knickers off. Positioning her so she was crouched over the edge of the sofa, her face in the cushions, her knees spread apart on the floor, John impaled his cock into her soaking pussy. Grasping her hips in his calloused hands, he drove into her with such vigor that the sofa shifted across the carpet...

If you’d like to find out what  happens next, you can buy Not Her Type in e-book or paperback format from-