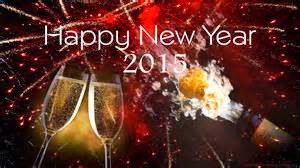 So here we are.... another new year and another 365 days of amazing opportunities, good times, love and happiness ahead of us. At least that's what I'm telling myself this year....

I usually dread the new year. January seems such a bleak month after the sparkling frivolity of December and I often find myself wanting to hibernate and wait for Spring. There is nothing to look forward to, the weather is dreadful and before I've always felt like it was just another long year to try and get through.

This year I'm putting all that behind me and I'm going into January with a spring in my step and a fizz of excitement in my stomach. This year is going to be a good one, I can feel it in my bones (although my eldest says its probably arthritis now I'm 43...lol). I intend to enjoy every second and make sure everyone around me does too. 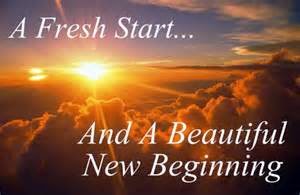 So today I want you all to think ahead to all the happy positive things that 2015 might have in store and let's all get excited about the world of possibilities that have opened up with the clean sheet of a new year. Let's step outside and breathe in the fresh smell of the new year (almost as nice as that new car smell...)

What has this year got in store for all of you - any major events coming up? I've got a wedding (not mine, my brother's!) that will include some time away in the sunshine with family which is always nice. Other than that I've got a big blank page just waiting to be filled with happy events, friends, love and positivity.

The main change I'm making this year is to do more writing. I have been pretty quiet this year - sorry Babes! - and while I probably said this last year too, I really mean it this time. I've unearthed old notebooks and memory sticks and pulled together all my half finished stories and forgotten ideas. This year is going to see a lot more from both Lexie Bay and Ruby Madsen and hopefully some of it will make it's way into the big wide world for you to read!

That leads me onto something very exciting that I can't wait to tell you all about, but for now I'll just have to tease you a little...... myself and the rest of the gorgeous Babes are working together on a secret project for Valentine's day that promises more of those Brit Babes stories you love with quite a topical twist ;)

And so, as writing is my thing for next year, I thought I'd start as I mean to go on! Below is a naughty little piece to tease you into 2015. Enjoy my lovelies and I hope your hangovers aren't too awful after last night's celebrating.

I'm off for lunch with family today so I'll leave you with the short below and wish you all a very happy and completely fabulous New Year!

He watched her get up from her group of friends and make an excuse to get away. He followed her with his eyes as she disappeared into the crowd and then, checking no one was watching he made his way after her. His heart was racing so hard he thought it might burst. He lost her in the crowd momentarily, his eyes searching everywhere for her. He could see the sign for the ladies toilet and stopped, looking around to see where she had gone. A hand snaked out from behind a pillar and grabbed his arm, pulling him into a dark corner.
Soft, gloss sticky lips found his, slim arms coiled around his neck and her body pressed tight against him. They kissed like they were starving for each other, desperate for the taste, the touch, their passion blurring the edges of everything. Nathan took her face in his hands and gazed into her eyes. She smiled up at him as he stroked his thumb over her lips, her cheek.
“Fuck….Baby....I’ve missed you.... so much,” he mumbled, soft kisses punctuating the sentence.
Ruby couldn't stop smiling. It was as though everything was right when she was with him. They were crushed together and she could feel his cock snuggled between her thighs.
“You look incredible,” he said kissing her over and over.
She kissed him back, her hands in his hair to hold his mouth to hers. “So do you. I hate being apart from you.”
His mouth found hers again, their lips crushed together. “I need to fuck you,” he whispered.
“I thought you’d never ask me that again. Where can we go?”
“Can’t we just do it here?” he said, running his hands up her thighs and under her skirt. “I don’t think I can wait.” His mouth was on hers again and his fingers slipped into her knickers.
Ruby fumbled with his flies, desperate to free his hard on from the confines of his trousers. “I don’t know if we should do it here, Nate, what if someone sees us; what if someone tells Dan.”
“Fuck Dan,” Nathan growled as she got her way with his zipper and suddenly her hand was full of velvet smooth cock. He ground himself against her, a little whimper escaping from his lips. “Get your knickers off.”
Ruby’s breath caught in her throat, her eyes closed as she let him pull her knickers to one side and then he was inside her, thrust to the hilt and she didn’t care who saw them. He shoved her roughly against the wall, burying himself in her, his hands all over her. It was like coming home. He’d missed this so much, missed the feel of her hot, slick pussy gripping him like a vice, the feel of her skin underneath his fingers, her lips mashed against his while his tongue danced in her mouth.
She nuzzled her face in his neck, her teeth nipping his skin, her legs wrapped around his waist. She had missed him so much these last few weeks and by the way he was fucking her hard against the wall, his hands against her waist, holding her up against him, he must have missed her too. He had never been so desperate to get inside her. It made her heart beat faster, a wave of euphoria flooding through her. Other than the music from the party in the distance, the only sounds around them were their hot breath, the soft noises of their kisses and the slap of skin on skin as Nathan thrust into her over and over. Ruby could barely concentrate on worrying about someone catching them as Nathan fucked her into oblivion.
“I can’t… hold on… much longer,” he panted his beautiful blue eyes gazing deep into hers, a soft smile on his lips as she ran her fingers through his hair. She kissed him, a long, slow passionate kiss as he leaned against her, his chest heaving.
“Me neither,” she whispered against his lips, “make me come baby.”
Their bodies crushed together as Nathan brought her to the edge, and then she was crashing, her body limp as her orgasm took over and nothing else mattered.
They could hear the others begin the countdown as they hurriedly re-arranged themselves and made their way back to the party. As the clock stuck midnight, Ruby held Nathan's hand and breathed in the endless possibilities that 2015 held for them. 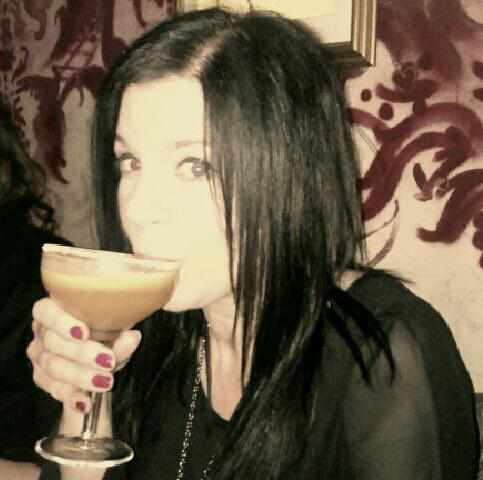