Guest Blog from Rose Caraway: A Little Tit for Tat....please?

It's Kay here! I'm delighted to welcome a great friend of the Brit Babes today, the wonderful Rose Caraway- writer, editor, Kiss Me Quick supremo, story narrator and voice artist extraordinaire!
Over to you Rose...

A little Tit for Tat… please?

I can call to mind many movies where I’ve felt cheated. Any nudity shown in the movies I watched was of the female character—usually only a brief shot of T&A, and that was cool, because, you know—it was T&A, lol! After a while I got a little tired of all the boobs though. I wanted a little penis with my sex scenes. Wait, no—let me rephrase that, (sorry fellas); I wanted some penis with my sex scenes. And while the extremely rare shot of flaccid bits was cool when I finally did get them, I still wanted more. Okay, if I’m honest, maybe I didn’t actually just want penis. I wanted to see cock. I wanted to see some heavy swinging, rock hard meat rod, swollen… drippin’ and ready… sorry, I get carried away sometimes. But, you know, I got to see all these girly bits—why couldn’t I see just as many boy bits, too? 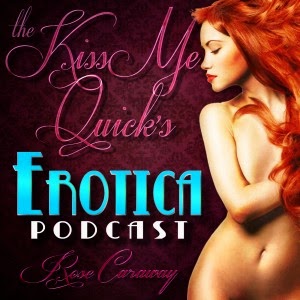 Here are a few movies with decent “penile” offerings. Some are better than others for obvious reasons—namely the movie’s genre. But, it’s not a bad collection. I have seen most of the movies listed, but some I haven’t. I strangely enjoyed seeing the Minotaur, but haven’t seen the movie it’s from. Then there is, “Any Given Sunday”. OMG, Cameron Diaz… in the football player’s locker room. That was one very lucky girl, I must say. I did enjoy that movie. I encourage you to click play, take a peek. And, yes… we all know that in “Boogie Nights” Mark Walberg’s penis was a fake. *sniffle*)

A Salute To The Male Full Frontal (NSFW)


Nice, right?
I always think to myself, if a female actor is willing to get naked, then why can’t we see the fellow do the same? I am not talking about watching “penetration”, because maybe that would be more on the pornographic side—but that is why we have a rating system for movies. Right? I just wish that the directors would let the camera lens drop a little lower, let the viewers see that the fellow is happy to be there, and then carry on with their scripted suggestion of sex. That’s fine, for now. We can see people slinging dildos all over the place on the big screen, but hardly ever the real thing. Why? Because people out there still feel it’s too scary? Too threatening? I guess. Or maybe because there is the notion that good actors would be hard to find. After all, anyone can get nude these day. I don’t think so. The chicks are already naked! Let’s have them lovely men shuck their duds too. I haven’t seen the latest Affleck film, was his “scene” satisfying?


If a female actor is willing/required to strip for a film, I say that the man should too. Stop this, “we’re going to show you her boobs/side boob/nipples/ass/her hairy “private part”, and then only show his ass” thing. If she struts her stuff, he should (please) strut his. We all know that seeing his chest isn’t the same as seeing her chest. These body parts are all supposed to do the same thing, right? They are supposed to turn us on. I cannot possibly be the only chick out there wanting to see more.

“As of 2010, the MPAA has added a descriptor of "male nudity" to films featuring said content.

It bothers the hell out of me that “EXPLICIT” & “VIOLENT SEX SCENE” are even in the same sentence, but... baby steps. There are a lot of women who watch movies, and while we don’t mind looking at a nice male ass walking around on film, many of us wouldn’t mind a little… er… some penis along with it. Fine, okay, it doesn’t have to be erect… I will settle for a few relaxed penises in my sex scenes, no problem. Come on, just give me a little tit-for-tat, if you don’t mind. Maybe I should say, tat-for-tit? This is one of the many reasons why I love narrating Erotica. Granted, listeners don’t get to see actual people having sex, but you are never left wondering about the cock or even the penis. Erotica is described in wonderfully graphic detail—it’s got everything that the movies leave out.


Speaking of penises… I have for you a fabulous story written by the lovely Tamsin Flowers titled; “Red Hot Zombie Cock” and it is available to you just in time for Halloween—for free!—and yes, there is plenty of… well, I think you’ll get some great penis.

Here is the link if you would like to read more on the MPAA rating system, currently in place:
http://en.wikipedia.org/wiki/Motion_Picture_Association_of_America_film_rating_system#Sexual_content