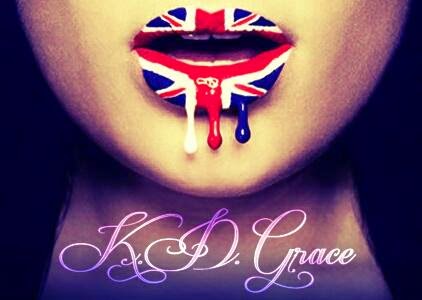 I’m thinking about flaws today, which is not unusual, since Grace Marshall is smack-dab in the middle of writing Wade’s story, and finding that it isn’t so much what that body of his looks like under the oversized hoodie and the baggie jeans as it is his flaws that are endearing me more and more to Wade Crittenden. Of course it’s those flaws that intrigue Carla Flannery as well. Mind you, she has a good few of her own flaws thrown into the mix. But I’m thinking about flaws rather than nice arses or the size of the package or the pertness of the tits because the more I uncover Wade and Carla’s flaws, the better I like them.

I’m not saying that I don’t want a strong hero. Of course I do. I want strong, sexy, intelligent. I want it all! But I’m saying that there’s something about the stuff that both the hero and the heroine keep hidden, the stuff that they don’t really want me, or my readers, to see that makes me want to embrace them and love them, that makes me remember them long after the novel is over.

I suppose it’s the need to identify as much as anything. I mean, lets face it, we all put ourselves in the story as we read it. We all become in some way, the characters we read about. And if we do it as readers, I promise that we writers do it even more. Living vicariously is the name of the game for us, whether we’re reading or whether we’re writing. That means that I need to be able to identify with those characters and, to be honest, perfection is not very relatable.

Of course we want our heroes to be larger than life, to live beyond what our everyday work-a-day world offers, to have adventures and mad, passionate, filthy sex, and in the end to win the day and get the love they deserve. I’m speaking of romance here, of course, because that’s what I write. I need to have romance in any story I’m writing because I’m a romantic to the core and I need to believe that love will prevail.

But I also need to believe that love will prevail in spite of our flaws, that it isn’t our beauty that makes us loveable, but something much deeper, something that struggling to live with those flaws creates – the oyster making the irritating grain of sand into a pearl, if you will. The flaws in characters are a touchstone to their humanity and to their relatability as well as an opportunity for them to do battle with themselves, an opportunity to overcome. Those flaws are also the opportunity to answer the big question in all romance – is the hero worthy of unconditional love, and can the heroine give it to him and facilitate either the healing he needs or the acceptance he needs to come to grips with those flaws and except them as a part of who he or she is?

Flaws make stories multi-dimensional in a way an external battle alone never can. Granted, an external battle is a fantastic way to bring character flaws to the surface, and Wade and Carla have a helluva an external battle to deal with, but in a story or in real life, it’s how those flaws are dealt with in the external battles that keep readers (and writers) on the edge of their seats and reading or writing until the transformation happens. And sometimes the transformation is simply the  acceptance of self. In fact more often than not, the internal battles are characters struggle to move beyond denial and accept who they are. Often that involves coming to the understanding that someone else, someone they have come to care about, has also accepted them and values them for who they are.

Here’s a little sneak-peek at Wade and Carla.

Interviewing Wade Blurb:
The Executive Decisions Trilogy may be over, but the story continues. Intrepid reporter, Carla Flannery, wants to interview Wade Crittenden, the secretive creative genius behind Pheuma, Inc, But when, against all odds, Wade actually agrees to the interview, Carla suspects ulterior motives.

Carla has made a lot of enemies in her work and when Wade discovers she’s being stalked, he agrees to the interview to keep her close and safe. As the situation turns deadly, lives and hearts are on the line, and the interview reveals far more about both than either ever expected.

Sneak Preview of WIP Interviewing Wade:
The dining area smelled of Chinese food. Lynn had spread the feast on the coffee table in front of the ratty sofa. For a moment, Carla stood staring at the food, feeling slightly nauseated. ‘I’m not hungry,’ she said.

‘Come on, you need to eat. With your metabolism, being what it is, if you don’t you’ll have wasted completely away by morning.’ He settled her onto the least lumpy part of the couch and then sat down next to her. When she made no effort, he opened the waxed cardboard containers and surveyed their contents. Then he ladled up a spoonful of egg flower soup and totally surprised her by bringing it, with a steady hand, to her lips. ‘A little bit,’ he said. ‘You don’t want to hurt Lynn’s feelings, do you?’

She opened her mouth, and he carefully spooned it in and watched while she swallowed. ‘Since when have you cared about hurting anyone’s feelings,’ she said. The soup had felt good against her throat, and it wasn’t so difficult to open her mouth when he spooned up the next bite. ‘I don’t, really, and just for the record, Lynn doesn’t care about mine either, but I’m not above lying to get my way.’ He ladled another spoonful into her mouth and this time she made an mmm sound at the back of her throat as she swallowed.

‘And are you getting what you want?'

He gave a little gasp of surprise when she took the spoon away from him, dipped up a nice fat egg drop and pointed the utensil in his direction. When he stared at her like she had two heads, she laughed softly. ‘Come on Crittenden, open up. Here comes a choo-choo.’ She wasn’t sure if he opened his mouth for the soup or because he was about to say something rude. Either way she took advantage and shoved the spoon home. When he took the bite, holding her gaze as though he didn’t quite understand what kind of creature had assaulted him with a soupspoon, holding her gaze with absolutely no sexual innuendo, but her insides trembled and hollowed anyway.

‘It’s good,’ he said, his cheeks turning a warm shade of pink, as he took the spoon back and returned the favour, and this time he didn’t protest when it was his turn,– even as she picked up a pair of chopsticks and brazenly served up a sloppy mouthful of Singapore noodles while he sat with his mouth slightly open, making her think of a hungry nestling waiting for a worm. The thought made her giggle at the last instant, and he barely caught the end of an escaping noodle in time to slurp it off his chin and into his mouth. ‘You’re sloppy, Flannery,’ he said, licking his lips with two flicks of his tongue that made her breath catch and her nipples ache.

Dear Christ, he had no idea whatsoever what he did to her. This time, as she waited open-mouthed for her bite of soup, his 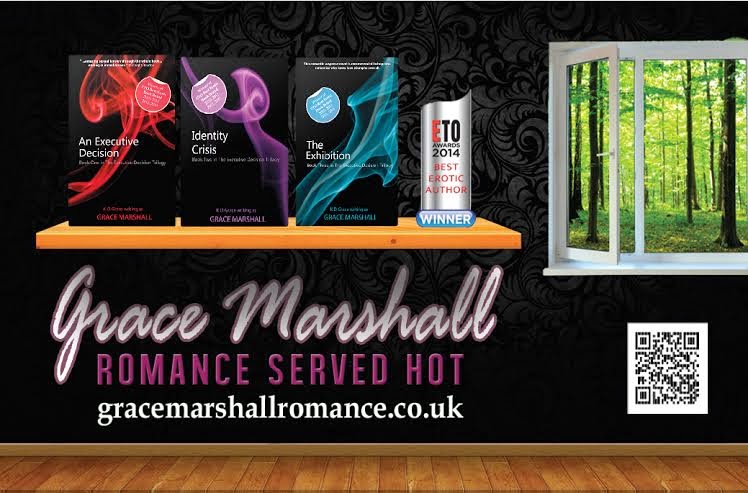 hand was far less stead and at least half of it ended up in her cleavage. She yelped. ‘You did that on purpose.’

‘Did not’ he said. Handing her a napkin and watching wide-eyed as she dabbed away chicken broth.

‘Did not,’ he said. Then he filled the chopsticks dangerously full of noodles and brought them toward her mouth. ‘This --’ he opened the chopsticks and the whole bite slipped off the ends and right down between her breasts ‘—I did on purpose.’
Posted by K D Grace at 07:30