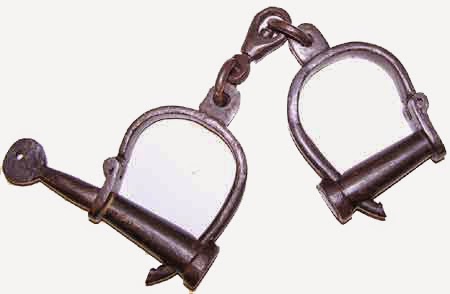 Lana Greenwood,  the central character in my new book, Undone, is a 41 year old divorcee who owns a cocktail bar and a vintage and military-issue handcuff collection. The research for this book was great: I got to drink lots of cocktails and browse antique militaria websites, gazing at beautiful restraints from other eras and far-flung countries. I may have made the occasional purchase.

I love the severity and gracefulness of handcuffs. Furry handcuffs are an abomination, and have no place in my closet! The sleek swoop of metal, the nasty fastenings, the clank of chains, and the dark echo of incarceration and torture all contribute to handcuffs’ kinky beauty. They bring Alcatraz into the bedroom.  Fluff does not belong here. 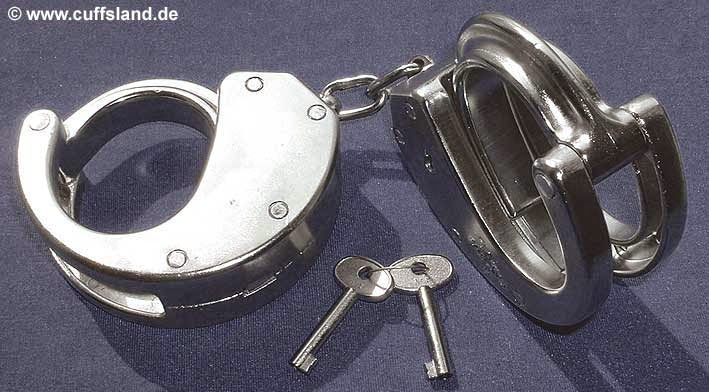 In the opening of Undone, Lana initiates a threesome with two guys she knows only slightly, Sol Miller and Misha Morozov. They’re attending a weekend party in the country and, hoping for some action, Lana has brought with her a particularly distinctive pair of cuffs from her collection, German Clejusos, no 15, reputedly the heaviest in the world. As far as I know, these cuffs have never been used by law enforcement agencies; they’re probably too cumbersome. But Clejuso are the official suppliers to the German police and they’ve been making handcuffs for over 140 years. Much of their range serves a practical purpose and is also stunningly sexy. 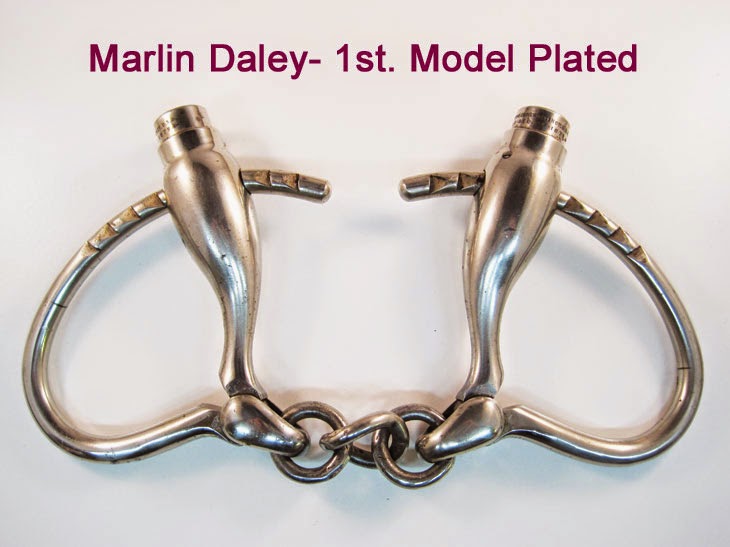 Lana is submissive but she’s no archetypal naïf who blossoms when Sir Domly discovers her true, inner needs. She knows what she likes in bed and is more than capable of exercising her own sexual agency. Here, she explains her passion for cuffs and her reason for bringing her Clejusos to the party:

“My interest in the cuffs is related to sex, of course, but the objects fascinate in their own right. You’d think there might not be much variation in the design of an object comprising two linked hoops but there is. A lot of factors need to be taken into account so they suit both the jailer and the jailed, the cop and the robber. The perfect handcuffs should restrain without injuring but be easy and efficient to use. They’re wonderfully contradictory, often elegantly simple and suggestive of grim, thrilling stories. They capture my imagination and I frequently find it hard to resist a purchase. I’d brought along the Clejuso 15s because I adore the weight of them pulling on my wrists. I’d also figured their USP – heaviest cuffs ever manufactured – might be a good talking point were I to meet someone who shared my kinky proclivities. I appeared to have struck gold with Sol.”

“He dropped his overnight bag by the bed, casting a glance at the cuffs. I’d brought along my reproduction medieval half-cuffs, my nasty Hiatt speedcuffs, and my beautifully elegant Marlin-Daley Bottlenecks.”

Speedcuffs, used by the UK Police force, are linked by a rigid stem rather than a chain, allowing them to be held to easily control and steer the poor captive. You can pick up these ex-cop cuffs for around £30 on eBay. They’re less than pretty but for me, that’s part of their hard, brutal appeal. They are the antithesis of fluff!

I won’t tell you which cuffs Sol decides to take along to the kink night but rest assured, they get plenty of use. 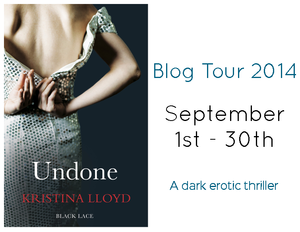 If you’d like to know more about Undone, please hop over to my blog for an excerpt, and check out the other stops on my Sexy September blog tour. 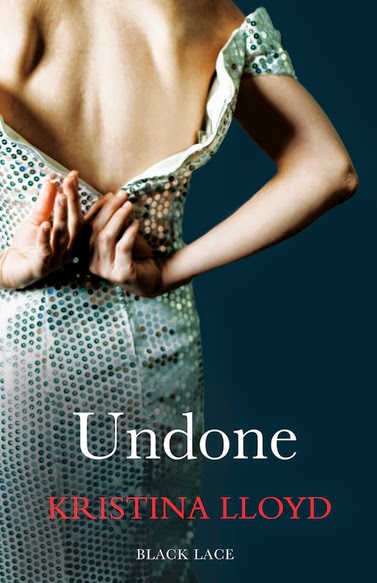 When Lana Greenwood attends a glamorous house party she finds herself tempted into a ménage à trois. But the morning after brings more than just regrets over fulfilling a fantasy one night stand. One of the men she's spent the night with is discovered dead in the swimming pool. Accident, suicide or murder, no one is sure and Lana doesn't know where to turn. Can she trust Sol, the other man, an ex-New Yorker with a dirty smile and a deep desire to continue their kinky game?