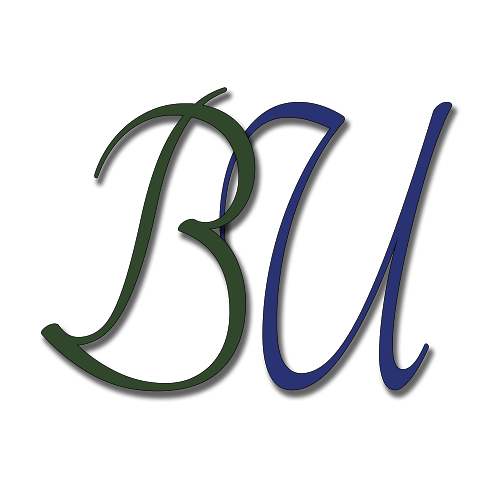 No sooner has the dust settled on the spankers, ruffled feathers and the love balls been put back in their boxes and Fifty Shades of Grey is back again -- this time in movie form with teasers being released into our living rooms and bedrooms on almost a weekly basis. In anticipation of the film, there’s also a resurgence of the official FSOG sex toys.

I believe sex in relationships is definitely one of those subjects we're never finished learning about. However, while different media are a good way to find introductions to new and interesting things to add to your sexual repertoire, anything you try for the first time should always be done with caution, researching as much as you can and using assertive communication and positive consent -- especially when introducing the idea to partners. For example, spanking is something that is a common practice but there is a safe way it should be done.

Erotica, even though firmly based in the realms of fantasy, can be a great source of inspiration for many areas of sex and relationships, and it’s something I've written about before. In this article, I want to focus on some of the simple things erotica can teach us and how we can add them to our sex lives.

The Voyeur - Kay Jaybee:
Wealthy businessman and committed voyeur, Mark Parker, has a list of thirteen fantasies he is intent on turning into reality. Travelling between his London flat, his plush Oxfordshire mansion, and Discreet, his favourite S&M club; Mark is helped to realise his imaginatively dark erotic desires by two loyal members of his staff. His Personal Assistant, Anya Grant, and his Housekeeper, Clara Hooper.
Something I believe everyone should have, whether they are in a relationship or single, is a sex bucket list. As part of mentoring I have guided individuals and couples in compiling of sex bucket lists, and I have seen a wide variation of acts on those lists.

I believe, as I have seen through experience, that nothing builds intimacy between partners more than opening up and being vulnerable, but assertive at the same time, and sharing your most intimate desires. Communicating what each partner would like to try and negotiating the list and how it might be completed is a fantastic way to open up the discussion of sex that will also bring people closer.
It's always best to have these discussions while fully clothed and when you're both feeling relaxed, not whilst having sex. Talking about fantasies during sex to turn each other on is fantastic, however, being naked and vulnerable is not a very good time to be telling your loved one you want to expand your sexual horizons. So get comfy, get close, turn the television off and get talking about your lists. You may find some possibilities in the rest of this article.

Pet shop - K.D. Grace:
In appreciation for a job well done, STELLA JAMES’s boss sends her a Pet for the weekend – a human Pet. The mischievous TINO comes straight from THE PET SHOP complete with a collar, a leash, and an erection. Stella soon discovers that the pleasure of keeping Pets, especially this one, is extremely addicting.
The story of Stella and Tino deals with role-play and power exchange and, whilst it is a fantastic idea, my aim is to keep things simple. Very early on in their story, K.D. Grace serves up a wonder scene which involves food play, also known as sploshing. Food, cooking and feeding each other can be such an intimate act anyway but you can make it even more intimate. Create a menu together or shopping list of food that you would like to use to play with. Think juicy, smeary, runny food, items you can lick and nibble off each other and ingredients you can feed each other.

Plan a night for this to happen or even a lunchtime break. The planning, shopping together, and cooking the meal -- if required will serve as delicious foreplay for the main course.

Smut by the Sea - Various:
From the sun soaked bays of Australia to the rainy coastal towns of England, Smut by the Sea has it all. Whatever your interpretation of naughty seaside fun, there’s something nestling between the covers for you. Surfer boys, sea creatures, pirates and the fairground abound in this exciting collection of stories from erotica’s finest authors.
This anthology of erotic short stories will expand your horizons and sex lives taking them outside the bedroom or maybe even outside the house. Over three volumes these collections will inspire you to look at the many different locations and settings in which you can enjoy sex.

Enjoying sex away from your usual setting can be quite an exciting feeling liberating you from your usual bedroom routines and getting you thinking differently about you and your partner. Something as simple as spending a night in a hotel room can bring about a new-found spark.

A Clockwork Butterfly - Tabitha Rayne:
Mankind is close to extinction. Toxins have all but wiped out the male population. The remaining fertile men are housed in manors where their seed is collected.
Lena Lee is a new collector with a rare pheromone believed to reignite human fertility. She's assigned a male who's predicted to be her perfect match.
In this steampunkesque sexy, but foreboding, tale of future civilisations there is a whole slew of influences I could draw from. However, in this futuristic setting it's still all about getting right back to basics. Using your environment and what you have around you to heighten sex is one of the best things we can learn from it.

One particular spicy scene involves two of the characters being in the woods and one character receiving a very hot climax just from what was at hand.

You don't have to start off in the woods but you can get creative by looking at where you live in a different light. Have you ever had sex in the kitchen, laundry room? What about using wooden spoons for spanking, brushes and combs to make skin tingle? And then there are clothes pegs! Just how creative you can get?

Your Turn
I hope this article has given you some food for thought and inspired you to go out and hunt down these books to see what the fuss is about. They may even inspire your own sexy ideas.

You may even already have your own favourite works of erotica to draw influence from and this article may help you draw new ideas from them. Please feel free to share your own erotica tidbits in the comments below.

Christopher Bowness is a Relationship and Sex Mentor

Christopher provides a one stop shop for Relationship and Sex Support by giving readily available access to early intervention to issues.

He also provides guidance to people drawing on his experience and helping people to the relationship and sex lives they desire.