OMG - I almost forgot it's my day to post! I'm Tabitha Rayne - lovely to make your virtual acquaintance :D

I sometimes wish I could not have this driving gnawing piece of me that's constantly saying 'me, me, I want out, I want out!' and to be content with just being. I wonder how that would feel?
I wanted to be a painter but found it too frustrating when the pictures didn't fully show what was in my mind's eye. Then I discovered writing - hooray! I could imagine a scene and describe it - but even better, I could imagine a sexy, saucy, hot, full-on-let's-do-it-now love scene and write that too. I was (and am) obsessed. Writing about sex and the erotic has lots of side benefits which I blush to list... after all, my biggest advice to new writers is to do to yourself what you are intending to do to the reader. If you want them to feel sad when they read, then you must be driven to weep when you write... so... you get the picture, right? ;)

However, I think I am very common among writers and creatives in general, that this all seems to come from a terribly fragile, vulnerable space in my being.

Recently I have been saddened to hear about writers who have found the publishing, promoting and having their work 'out there' too punishing to bear. Brit Babe Emmy shared a story from an author who did just that. This author decided it was all too much and removed herself and her writing from the public domain. The thing that was wonderful when I looked at the comments on her blog was the outpouring of love and support from the writing community and her readers that surely must have lifted and restored her. But confidence and self belief are such precarious things that perhaps it was safer for her to keep her writing to herself - for now. I want to send her so much love and tell her that I do not think retreat is defeat at all.

I read a tweet saying that basically if one is to publish and put the work out for public consumption then one must be develop a thick skin and get over it... Kind of like saying, 'if you can't stand the heat, get out of the kitchen'. Well, I say, no. Surely it's from this place of fear and vulnerability where the most powerful art and expression come from. What do you think?

Throughout time there has been many stories of writers, musicians and artists being driven mad by their own creativity. If I hadn't been so ridiculously late with writing this post, I would give some examples but I haven't... sorry...

I think the purpose of this little post is to say that being a writer drives me. In that moment where time stills and a story flows, I feel complete, whole and perfectly at ease. However, the opposite is true when it is let loose on the world. That's when I become a fragmented wreck and almost go into hiding. It takes all my strength to do it. But here, here in this space with people like, The Brit Babes (yay!) and the supportive net of other writers, readers, creatives and you guys, that fragmentation is becoming easier to cope with every time.

I could just keep these stories and drawings to myself, but then, surely the place where the words and pictures come alive is in the mind of those who experience them? And I neeeed to read and consume art too. I really do. 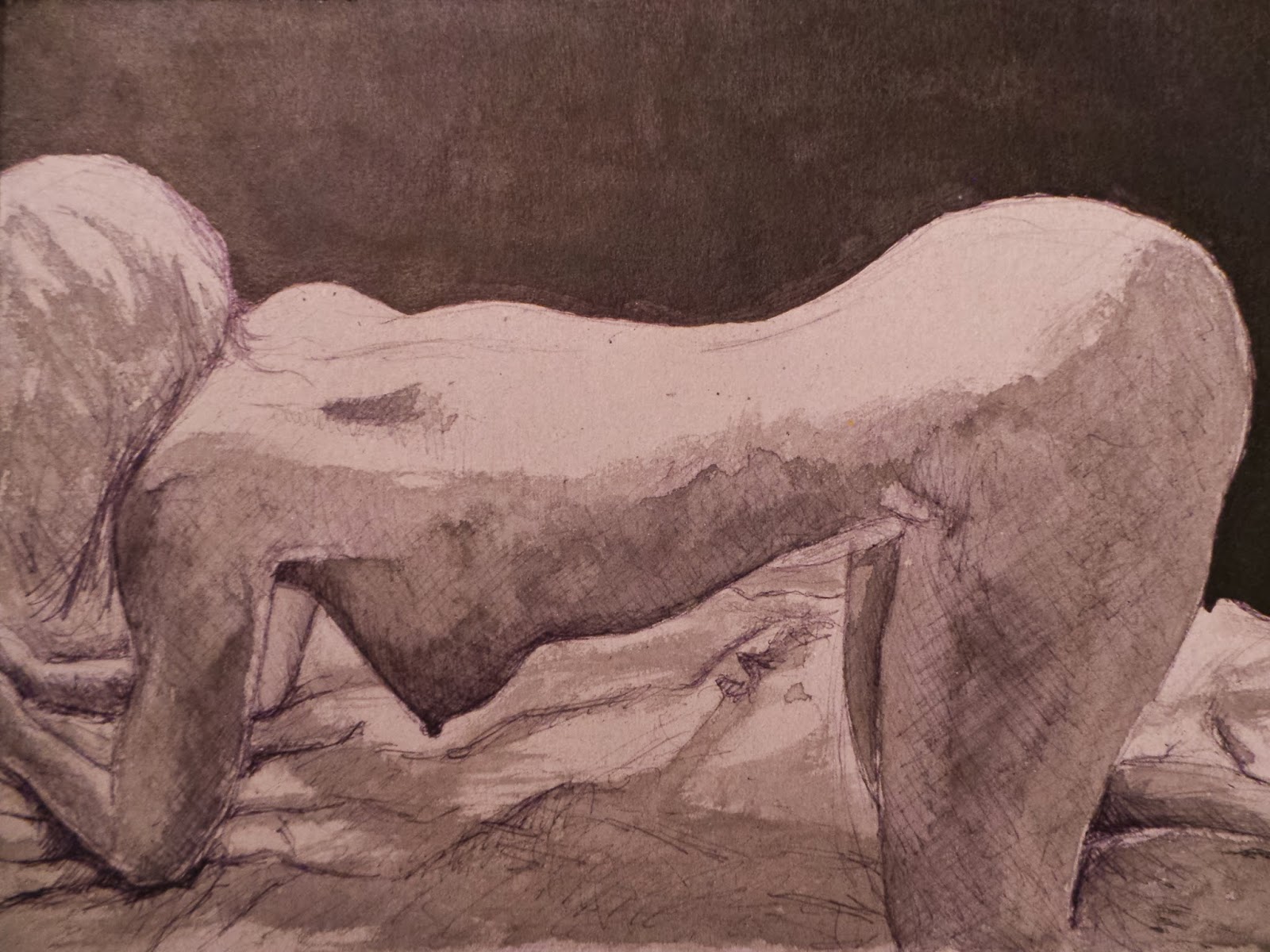 Thanks for joining me. While I've had fun writing this, I will want to puke as soon as I hit 'publish'!

If I can work out how to do it, will be having a cover reveal of the 2nd book in my trilogy on Tuesday the 22nd (cue giant collywobble!) Please do check it out - it's a beauty even if I do say so myself - the cover artist is a star! I'll post a blurb at the end...
but if you come on over my Goodreads page next week, you'll be among the first to see it! (It will also be posted on my site... www.tabitharayne.co.uk )


Lovers on the run in search of a bond that transcends all else.
Dr. Deborah Regan is a scientist working on a cure to the poison that's killing the male population and destroying the natural world. But when she makes a breakthrough in her research, it becomes clear that the authorities have no intention of finding a cure, and now that she's getting closer to an answer, she's a threat to them—a threat they need to deal with quickly.
Deborah and her partner, Marcus, flee to the forest where they meet another couple on the run. Birch and Hazel show them how to survive in the wild and teach them the theory of ultimate unity. They believe that by finding sexual nirvana at the point of intense orgasm, they will break through the barriers of physicality and become one.
It soon becomes apparent that Deborah has an aptitude for falling into this trance-like state, and she manages to bring Marcus on her journey. Their spirits can indeed join together at the meeting point, suspended in time and space while they climax.
When Birch and Hazel become jealous of the young couple's ease at reaching ultimate unity—something they've unsuccessfully tried to do for years—they betray Deborah and Marcus to the authorities. As they are separated, Marcus begs Deborah to continue to search for the ultimate sexual unity, because he's convinced that no matter where they are, this connection will allow them to meet again on a spiritual plane.
Will this metaphysical union be enough for a couple so deeply in love?
Content Warning: This book contains apocalyptic peril and graphic sexual content, including m/f and f/f sexual interaction, along with BSDM
Note: This book has been previously published.