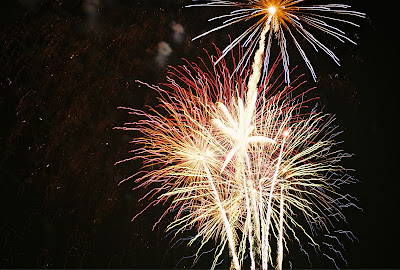 Hello and welcome to the BB blog, this is my first post here and I thought I'd kick off with a bang and have a chat about the delicious sensation that is orgasm. Please feel free to comment with your experiences and the Babes will natter with you - though Mr H is threatening to whisk me away so I might be a little late to the party!

Let's just define the differences between orgasm  and ejaculation before we go on - An orgasm is the peak in sexual excitement during the sexual response cycle, characterized by a release in sexual tension, often immense pleasure, and muscle contractions in the genital region. Whereas, ejaculation is the release of semen from the penis.

Some of you have probably heard of the sexual phenomena for men called dry orgasm, which allows a man to have an orgasm without ejaculating.  I've just touched on this while working on my latest novel and was curious to find out more. Here goes... "A dry orgasm," writes Kate Hakala, "can mean multiple orgasms for men. After a man ejaculates, there is a refractory period - a recovery stage of the sexual response cycle - in which he cannot ejaculate again and most likely will want a snooze. He may be able to get an erection, but there is a bit of a waiting period that's different for all men, sometimes minutes and sometimes a day, before he can actually produce semen again."

But if he's not using up semen that is where it gets interesting...

Because while ejaculation causes the need for a refractory period, orgasm does not,  which means...hurrah!..the refractory/rest period is now defunct. Multiple orgasms for the guys too!

It seems a dry orgasm, for men, can happen intentionally or not so intentionally. If intentional a well trained pubococcygeal muscle can lead to orgasm without ejaculation by voluntarily contracting it. Much like the Kegal exercises women do to strengthen their perineal core, guys can do exactly the same with their pelvis muscles to achieve the same results. Not only will they be less likely to pee their pants, but doctors say it helps with erectile dysfunction, premature ejaculation, and orgasming without ejaculating.

I can't personally testify for this, but apparently if men flex this pubococcygeal muscle right before they feel they are about to ejaculate, they can sometimes have an orgasm without coming. (If they haven't come, they can go on to have another orgasm.) The medical term used to describe the point of no return, in which a guy is hitting that wall of sexual pleasure and he will/must ejaculate is called "ejaculatory inevitability". But if a man can continually bring himself almost to the point of no return, and then back away, he can experience the blissful muscle contractions associated with orgasm up until he finally does decide to  ejaculate. And when he does reach orgasm, it could be even more incredible than usual. The effect of this is akin to the multiple orgasms experienced by some women and wow, isn't this great that men can have the same fun!

Are there any drawbacks? Mmm, unfortunately there is, retrograde ejaculation - that’s when semen flows backwards into the bladder through the urethra instead of coming out the normal exit. His pee may be a little cloudy, which isn't a problem but it could mask more serious diseases. Just something to be aware of.

So with my new found knowledge of dry orgasms, and the fun my latest hero can have with orgasming over and over before ejaculating I'm off to continue writing. Thanks for stopping by.