Thank you for having me here today! Hello! My name's Samantha and I was invited to drop in by the gorgeous Brit Babes blogger, Tabitha Rayne to talk about anything that took my fancy. Anything I asked? Okay. So, I thought long and hard about it, I could have done a post on chocolate....I know A LOT about chocolate. I could have done something on twins...not that I'm an expert parent or anything but I have twin boys as a few of you may already know and could have perhaps shed some light on the chaos of multitasking with multiples. But na. 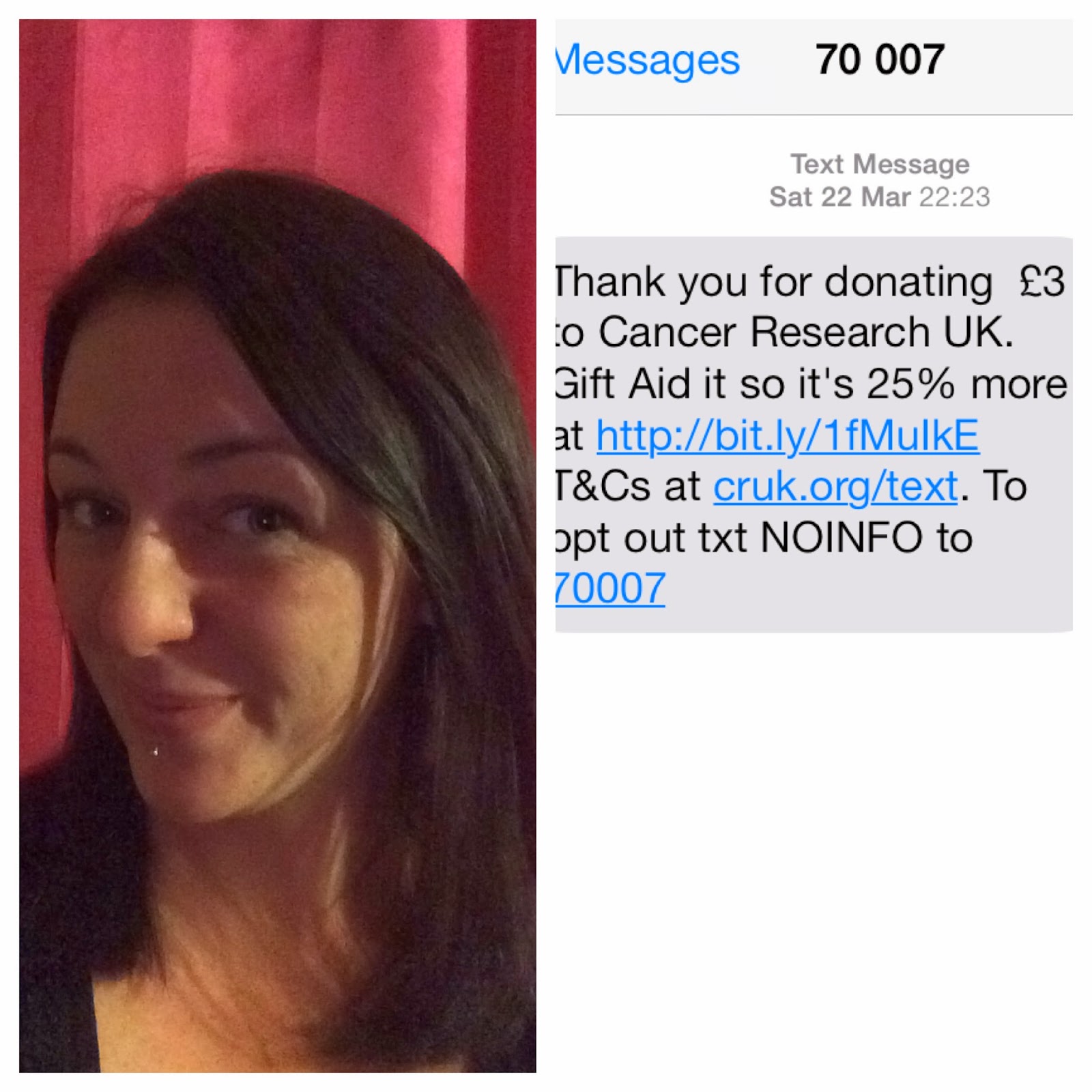 During the last couple of weeks you may have seen the Twittersphere and Facebook have been taken over by selfies. But not just any old selfie. These pics were to raise awareness and money for cancer research and wow, something that started out as so trivial, so simple, just went crazy viral and has raised an staggering £8 million (and still counting!) in just those couple of days. And yes, I did participate with a #nomakeupselfie and a little donation...here it is!

When I saw all the cancer research promo, #nomakeupselfies stuff going on, I thought, this would be a great opportunity to link it in with this post....to talk about the story I've been working on for a while now. It really is special to me, I'm totally passionate about it and its my baby. This is the first time I've mentioned it at length out in the big wide world (apart from with my lovely editor, Annie Seaton) so I'm very nervous! I started to write the story when my step dad was diagnosed with cancer in March 2013. He was told he had the C in mid March and died on the 27th April. So to say that cancer is shit, really is an understatement. It's one proper f*cked up, sh*tty, c*nty b*stard! (Apologies for the expletives!) This book will be dedicated to him, and everybody who has fought the battle against cancer, plus everyone who helped me along the way!

While I'm here I wanted to share a small excerpt with you gorgeous Brit Babes and your blog followers. This is from the scene when one of the heros (yes, I'm greedy, I have two!) tells his wife, Isobel that he's decided against having chemotherapy. This story is gritty, its real, its an emotional roller coaster and its completely different from my debut Revenge in Rio. You can check out my Pinterest page for this story if you like, here.

Remember, you can still donate to cancer research if you want to and post a #nomakeupselfie or guys you can donate and post a pic with some slap on #makeupselfie. Just simply text BEAT to 70099. It's an amazingly worthy cause. x

EXCERPT from Hanging in the Balance
***
“I want to just be with you, Babe…the both of you.” He glances down at my tummy. “I want to be in my home. I want to be able to enjoy my life while I still ‘ave it. The chemo won’t do anythin’ for me, we both know that, don’t we? It’ll just drain me and finish me off quicker.”
His voice is so gentle and calming, as if he is talking to a small child. I’m sure he’s prepared himself all day long for this moment--no wonder he was asleep.
“You’re just giving up?” I choke on the words.
He pulls me close again and kisses the top of my hair firmly several times.
“Not at all. I just want me’ time left to be quality, Babe. The chemo wouldn’t do anythin’. It’s not goin’ to give me any more time than I already have, I know that. I don’t wanna go through all that to just feel like shit at the end. Please understand?”
I shut my eyes tight and nuzzle into the crook of his arm. I know that he’s right and I need to man up and accept all of this, but it’s just impossibly hard. I keep thinking I’ll wake up tomorrow morning, and it will have all been a nasty dream, but no.
“Iz?”
Jason gives me a gentle squeeze, hugging me closer to him and I realise that I haven’t responded to him. I’ve been daydreaming of the horrid ordeal that we’re facing.
How do I answer him?
Okay, I’m happy with whatever you chose.
But I’m not.
I know that it’s terribly selfish of me to feel this way. But I want him to want to have chemo. I want him to at least try it. I want him to fight.
“Iz, I’m fighting my hardest, believe me, Babe.”
It’s as if he has read my mind. That’s Jason; he is so intuitive with me. Or perhaps I’m just an open book?
A pang of guilt suddenly hits me hard in the gut, and I feel dreadful for even thinking that he’s not putting up a fight. Even waking up in the morning is a struggle, an effort. Of course he’s fighting.
And I admire him more for it every single minute of every day.
“I never doubted you.” I whisper into his T-shirt.

You can find me here, here and here...